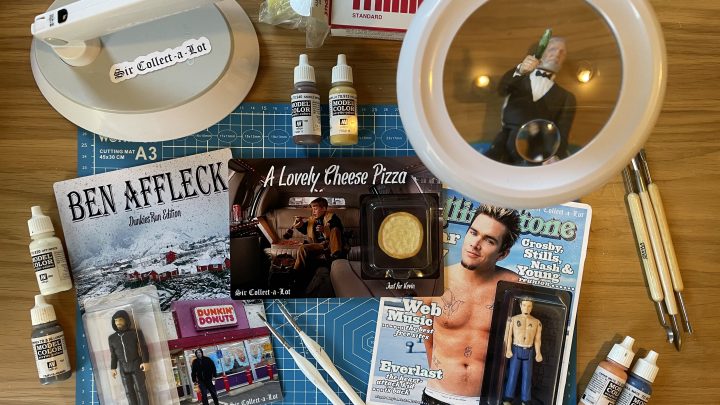 COPY
After getting furloughed from his job, Miles McAlpin has been creating custom action figures. Courtesy of Miles McAlpin
COVID-19

After getting furloughed from his job, Miles McAlpin has been creating custom action figures. Courtesy of Miles McAlpin
Listen Now

For many people across the country, 2020 has radically changed how they spend their time, and how much extra time they might have to spend. For parents with kids learning online at home, free time might have gone down the drain. But for folks who have found themselves stuck at home, or out of work, free time, albeit potentially unwanted, can abound.

So to fill that free time and cope with the stress 2020 has brought, many people have picked up new hobbies.

“Marketplace’s” Kimberly Adams has been learning to play the piano. Just before the lockdown, her brother decided to downsize to move in with his boyfriend, and the two siblings split the cost of shipping their grandmother’s piano from his house in St. Louis to hers in Washington, D.C. Their father had bought the piano for their grandmother decades ago, and it was in their house growing up, although Adams had never learned to play.

Marketplace decided to check in with a few other folks to see what new ways they are spending their time this year.

When Miles McAlpin was furloughed from his job in the travel industry, he was suddenly left with a gaping hole of time to fill, and his usual go-to hobby, traveling, was out of commission.

McAlpin had seen photos of people posting customized action figures on Instagram, and having been a collector of action figures as a kid, thought he’d give the art form a try. He took a trip to his parents’ house, where he picked up all the action figures he could from their basement. McAlpin spent his days “without a job, just looking up YouTube videos on how to sculpt, how to sand, how to paint.”

He began posting the figures he made on Instragram, under the name Sir Collect-a-Lot, and has been selling them.

Mai’Nesha Cyrus has been spending a lot of time at home, and a lot of time solo. 2020, she said, has helped her “become better at being by myself.” One way she’s been working on her mental and emotional health is journaling. “Sometimes, you don’t always feel comfortable talking to someone, or maybe they’re not there” when you want to talk, she said. So journaling has been a way for her to emotionally support herself.

Dr. Barbara Chase retired this year, as planned, in March. For her, 2020 was “a year of extremes,” but “music has been my mainstay.”

Chase coordinated and DJ’d an outdoor dance party for retirees in her community, Village Hearth. Chase describes Village Hearth as “an LGBTQ 55+, friends and allies, retirement community.” The dance party, she said, was a success. “I had some huge speakers that I lugged out in a cart, and my laptop where I stream all my music from,” she said. Dancers were masked and socially distanced. “We were outdoors. And people were rocking to the beat.” 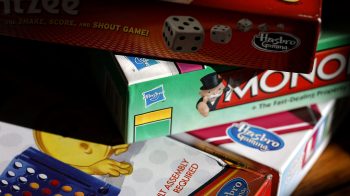