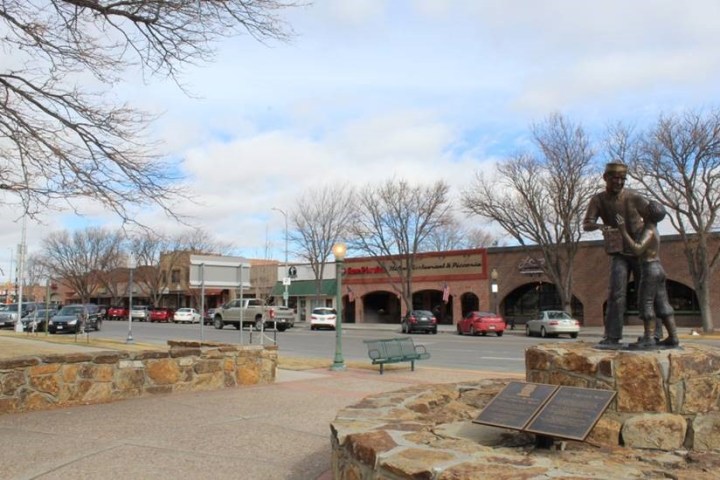 Nathalie Bejarano and her husband started a carpet cleaning company in 2019, in Logan County, Colorado. Seven months later, a statewide stay-at-home order halted the growth of their new enterprise. They could barely afford to cover overhead and put food on the table.

“To be honest, it was very hard,” she said, holding back tears. “I understand I was not the only one going through all this.”

Members of her family also contracted COVID-19. She said her grandfather died from the disease in April, and it hospitalized her father soon after. She says her father has not fully recovered.

“Much as I want my business to grow, I don’t want the cases to grow as well,” Bejarano said.

Rural Logan County was one of the first in Colorado to see its COVID-19 cases spike recently. Like many rural areas in the state and nationally, total case numbers are small relative to urban areas. But health care resources are strained. For many, living and working in the county right now means picking a side.

“You are a business owner and you’re against a lockdown or you experience COVID in family and you do want to lock down,” Bejarano said.

Public opinion polls show that despite recent COVID-19 surges, people in rural areas are less likely to support public health measures, like stay-at-home orders, to combat the spread of the virus.

Cases in Logan County are growing. It’s home to the state’s largest prison, a massive outbreak site. Since September, non-inmate cases have shot up, enough to make up more than 9% of the county’s population. Now, all indoor dining is off-limits.

“I’ve heard from some businesses that said ‘if we have to shut down we won’t survive,’” said Sterling City Manager Donald Saling. Sterling is the seat of Logan County.

Sales tax revenue’s been better than expected, Saling said. Still, the city has a hiring and purchasing freeze, in case restrictions make another dent in the budget.

“If you go to our parks, you know, people have complained ‘well they’re just not the same as it used to be,” he said.  “Well, you know, I didn’t hire 17 part-timers for seasonal [work].”

Under tighter state restrictions imposed on the county in November, Trevor Bedsaul can no longer serve inside his bar and grill, Hootenannies. And he said he isn’t making enough money from takeout. Meanwhile, he pointed out, big-box stores have fewer restrictions.

“I think that is going to be a bigger impact than a business like myself that’s going to have 60 to 70 people that stay apart,” he said. “And tables are sanitized every time they walk in.”

He said he supports some restrictions. And Bedsaul said he wonders if the current spike in cases could have been prevented if people in his community just followed public health guidelines.