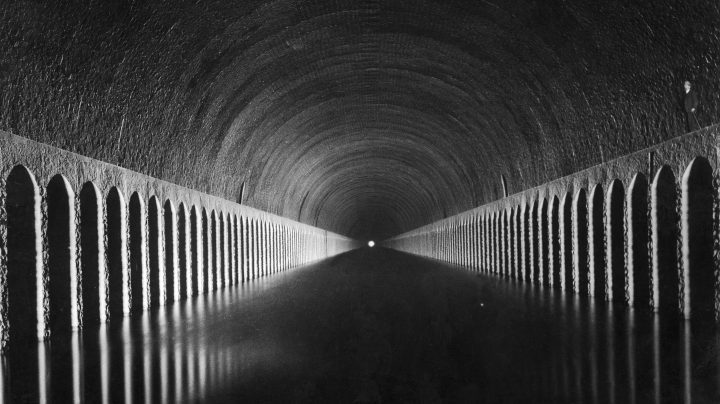 Earlier this year, Marketplace began following 10 workers who roughly matched the characteristics of the U.S. labor force as a whole. It was meant to be a sort of representative sample of the jobs people do and the people who do them. The labor force has changed, and the series has, too. Now, it’s more about how those 10 people, and in a way, the rest of us, have been changed by 2020. The following is an edited transcript of “Marketplace” host Kai Ryssdal’s latest conversation with one of the 10 — a certified public accountant in New York City named Michael Durant.

Ryssdal: First of all, how are you nine months, whatever it is, into this pandemic?

Michael Durant: You know, it’s starting to see the light at the end of the tunnel. So I got an optimistic outlook.

Ryssdal: That’s my memory of you from that very first time we met was that you are an optimistic kind of guy. How’s business in the tax world? Let me just get that out of the way first, before we move on to some other stuff.

Durant: You know, business is good, and it’s also frustrating in the sense that, you know, there’s a lot of people needing our work, but it’s frustrating, because a lot of the questions they have we don’t have answers for. You know, we’re waiting for Washington to figure out what they’re going to do.

Ryssdal: Interesting. So, when we spoke back in sort of the late spring, early summer, you shared that your mom had passed because of COVID-19, which leaves you with your brother AJ, with whom, you know, we had that great conversation that night in your apartment, back last winter. How is he? Like, what is he now, a senior in high school?

Durant: Yeah, he’s, you know, doing pretty well, you know, all things considered. I mean, teenager frustration with COVID, and not being able to go to school, but he’s attending school virtually. He submitted his college applications. You know, knock on wood, he gets accepted to one of his many schools that he wants to go to “far away,” as he would put it. And you know, I’m excited for him. I didn’t get to go away for school, but I’m excited to see where he goes.

Ryssdal: Yeah. So the New York City schools, as pretty much everybody who has paid attention to the news lately knows, is that they’ve been a little bit, you know, yes, you’re coming in. No, you’re not. Yes, you are. No, you’re not. What has he been doing? Have you been sending him in when he could go in?

Durant: No. So we opted out in the beginning, just because I felt New York City did not have a good plan in place by time they were asking us to make a decision. AJ wasn’t happy with the choice, but he quickly adjusted because his friends that did go into school, he saw the way to school was set up. And he was like, “I’d rather get up just like if I was in college, 10 minutes before class starts.” He’s getting that college experience virtually, in a sense.

Ryssdal: Yeah. Let me back up for a minute. And this is maybe a little more personal than I intended to get. But I’m gonna give it a try, and you can you can answer it or not. You are a guy in his mid-30s-ish, right? Plus or minus?

Ryssdal: OK. All right, early 30s, I get it. And, and now, because of this disease, and the pandemic, you are the guardian for a 17-year-old young man, sort of out of nowhere. I mean, I imagine it had occurred to you that this might happen one day, but I would guess it happened earlier than you thought. And I wonder, you know, you’re responsible and you’re ambitious. And we’ve talked about your education track and your investments, and all of those things that you, in your own life, have plotted out, but now you have this kid that you’re responsible for too, kind of out of nowhere. And I wonder what that does to you.

Durant: You know, surprisingly, it’s for me, other than having to focus on him more on a daily basis, not much has changed. We’ve always been pretty close. And, you know, I plotted my life out as a family to, like, gain skill sets and move forward together. And given all this over the past, you know, nine months, you know, if anything, it bought me and my brother closer. The stress was there in the beginning, but I was able to plot a path forward, and it’s good.

Ryssdal: I don’t want to make this all about AJ. But, so look, if the vaccine works out, and by the fall, colleges are back in session, and he gets to go “far away” as you said he wants to do, you’re kind of on your own, man.

Durant: Yeah, I think I’m on my own, at least, depending on how far he goes. It’s interesting, I want to see how our relationship goes, because you know, we live together, we’re close. When he goes away, will I just become like, the person I call once a week just to let them know I’m still alive? So, I’m interested to see how that goes. And I want to give him the space to really branch out and grow personally at school. So I’m looking forward to it. Even though I know my movie nights will no longer have him, at least, you know, I don’t have to share the popcorn.