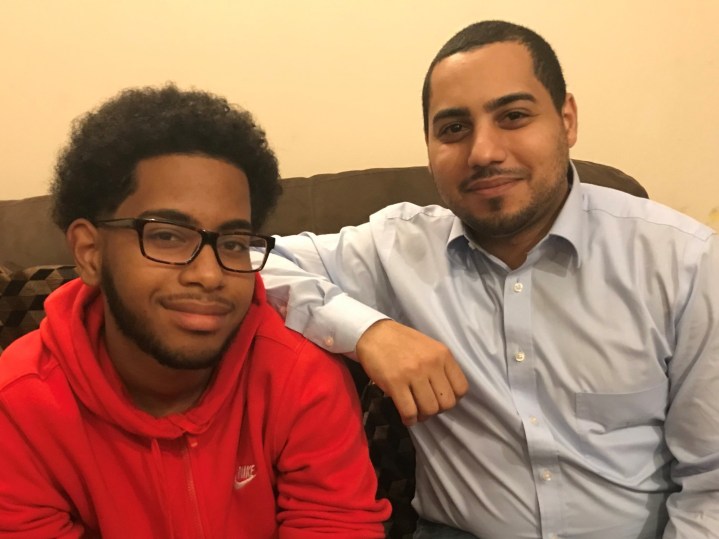 COPY
CPA Michael Durant, right, and his younger brother, AJ Williams. The brothers lost their mother to COVID, and Williams is missing his freedom because of the quarantine. Maria Hollenhorst/Marketplace
United States of Work

CPA Michael Durant, right, and his younger brother, AJ Williams. The brothers lost their mother to COVID, and Williams is missing his freedom because of the quarantine. Maria Hollenhorst/Marketplace
Listen Now

One year ago, Marketplace launched a series called the “United States of Work” to help all of us get a better understanding of the jobs in this economy and who is doing them. We found 10 people across educational backgrounds as well as demographic and occupational categories to form a representative sample of the labor force as a whole.

The first person we profiled in that series was a certified public accountant in New York City named Michael Durant.

One year after “Marketplace” host Kai Ryssdal first spoke with them, much has changed for the U.S. economy and for Durant and Williams — mainly that they lost their mother to COVID-19. Ryssdal recently reconnected with the brothers on Zoom. The following is an edited transcript of their conversation.

Kai Ryssdal: Let me just ask, first of all, how this setup is, is happening in your place because you’re in the same apartment, but clearly different rooms. Right, Michael?

Michael Durant: Yes, he’s in the living room and I’m in what is the kitchen-slash-now-my-office.

Ryssdal: AJ, is this basically how you spend your days now?

AJ Williams: Yes. It’s weird because I’ve never actually, like, spent most of my day in the apartment with him.

Ryssdal: Yeah, I bet. What’s it like spending your senior year going to school this way?

Williams: It’s, um, it’s heartbreaking. But like, I’m used to it.

Ryssdal: I assume, like, you hang with your friends virtually somehow, right? You’re texting or you’re doing whatever. How do you, how do you, like, see people, if you know what I mean?

Williams: Usually, if we were to meet in real life, it would be to get a sandwich or something from the store. [In] person, it would usually be on, like, a video call or playing video games together while on a call.

Ryssdal: When was the last time you saw somebody in real life?

Williams: A few weeks? Around, like, four to five?

Ryssdal: Yeah, Michael, this is a totally subjective question — but are you sad a little bit for AJ? Being now 17 and having this kind of life?

Durant: Oh, yes. You know, I had an amazing senior year, I had a really good job and I saved up and I was able to really enjoy myself. And for him not to have that — I mean, just as simple as the graduation is a big part. We’re hoping that in a year or so, we can take a big trip overseas somewhere as a celebration. We’re looking at 2022, which is also the year I graduate, so it will kind of be a twofer.

Ryssdal: Yeah, well, that’s the other part of this, right? You’re in law school, you’re working full time, and AJ’s got big changes coming. So AJ, last question to you. What’s important to you that people know about what’s happening now to people your age? I mean, you’re a thoughtful kid, and I’m sure you’ve thought this through.

Williams: My answer to that is a simple answer, but very complicated. My passion, or at least one of them, is teenage mental health. As someone who’s struggled with that in the past, it’s very important to me … especially with this COVID situation because, at least before you would see people every day, and if you had friends, you’d be able to communicate with them. But now, it’s a completely different ballgame in which communication is a lot different. It’s very easy to just stay in your room all day and not let anybody know what’s happening to you. 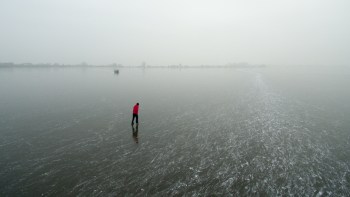