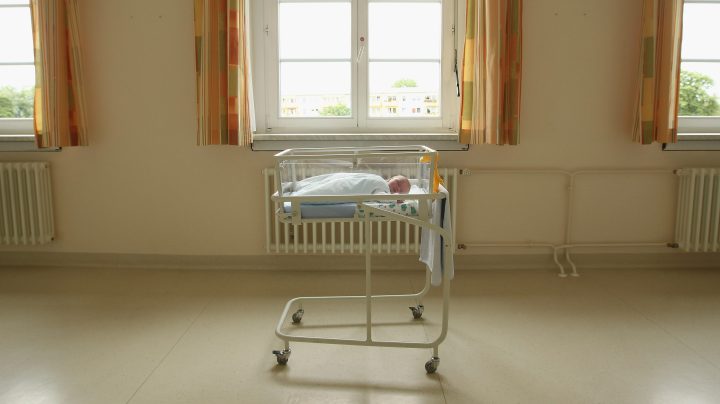 COPY
Melissa Kearney, professor of economics at the University of Maryland, says when it comes to the COVID baby bust, "one of the big questions is, how many of these missing births are going to be delayed versus never happened." Sean Gallup/Getty Images
COVID-19

Melissa Kearney, professor of economics at the University of Maryland, says when it comes to the COVID baby bust, "one of the big questions is, how many of these missing births are going to be delayed versus never happened." Sean Gallup/Getty Images
Listen Now

As millions of families face lost income because of the COVID-19 pandemic, many are making difficult decisions about their finances. And one of those decisions? Whether or not to grow their family.

The coronavirus pandemic will likely lead to a sizable baby bust. A report from the Brookings Institution found the decline could be on the order of 300,000 to 500,000 fewer births next year.

Melissa Kearney is a professor of economics at the University of Maryland, a nonresident senior fellow at Brookings and a co-author of the report. She spoke to “Marketplace” host Kai Ryssdal about how she and her co-author, Phillip Levine, arrived at the estimate and what the bust could mean for the economy down the road. The following is an edited transcript of their conversation.

Kai Ryssdal: Tell me how you got to these numbers of fewer births.

Melissa Kearney: Sure. So what we did was we looked back at what happened to birth rates after the Great Recession. There’s a link of about a 1 percentage point increase in the unemployment rate leads to about a 1% reduction in the birth rate. And then we also look back at what happened during the Spanish flu. And what’s really interesting to think about is back then people didn’t even have access to modern contraceptive technology. Nor did the Spanish flu lead to a recession. So that was really just a public health crisis. But it led to a sizable reduction in births. And so based on what we see in the data from those two previous periods, we predict that there’s going to be something like an 8% to 10% drop in births on account of this current pandemic.

Ryssdal: Which is in raw terms, as I said in the introduction, 300,000 to 500,000-ish fewer births next year. What does that mean? Not in the next year, right? Because, yes, having kids [is] expensive, and it’s an economic thing. But when those children who aren’t going to be around would have turned 18, it becomes a labor force issue.

Kearney: Yeah, that’s right. So one of the big questions is, how many of these missing births are going to be delayed versus never happened. And the longer this pandemic goes on and the more permanent the income losses are, then the more likely it is that these bursts are just never going to happen. And so you combine this large bust with the steadily declining rates of bursts we have in the country, before the pandemic, and you start to worry about what’s going to happen with a shrinking workforce and fewer workers to not only contribute to the country’s productivity, but to support our social insurance programs.

Ryssdal: I mean, look, we need people in this economy to be the labor force. So one could imagine a policymaker looking at this and saying, “Hmm, this is gonna be an issue.” If they call you on the phone and say, “Professor Kearney, what ought we do about this?” What ought they do about this?

Kearney: If this was just going to be a one-year reduction and then births rebounded, I would be less worried about the demographic implications for the country. But given that fertility rates have already been steadily declining, you know, this points to the need for what are called pro-natalist policies: things that make it easier for couples to have and support children. Things like child care provision or subsidies, things like paid leave. You know, induce some people to have more kids.

Ryssdal: Yeah. You know, it’s interesting. This is an intensely personal decision that you and economists writ large, right, try to put sort of a quantifiable lens on. That’s a tough circle to square sometimes.

Kearney: Yes, yes. When you talk to non-social scientists, [they] are often like, wait, falling in love, having a baby, isn’t that about some other stuff? But, you know, having kids is one of the largest economic decisions people make in their lifetime. And when people see their incomes increase or decrease in unanticipated ways, they have more or fewer kids in response. So there is lots of evidence to support this idea that this is in part an economic decision. 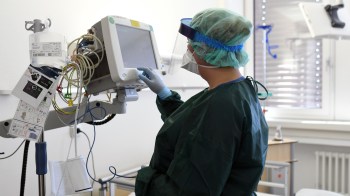 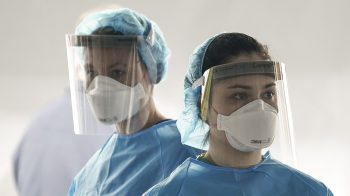 A public health strategy to reopen the economy

With a slow vaccine rollout so far, how has the government changed its approach?

On Tuesday, Jan. 12, Health and Human Services Secretary Alex Azar announced changes to how the federal government is distributing vaccine doses. The CDC has expanded coronavirus vaccine eligibility to everyone 65 and older, along with people with conditions that might raise their risks of complications from COVID-19. The new approach also looks to reward those states that are the most efficient by giving them more doses, but critics say that won’t address underlying problems some states are having with vaccine rollout.

What kind of help can small businesses get right now?

A new round of Paycheck Protection Program loans recently became available for pandemic-ravaged businesses. These loans don’t have to be paid back if rules are met. Right now, loans are open for first-time applicants. And the application has to go through community banking organizations — no big banks, for now, at least. This rollout is designed to help business owners who couldn’t get a PPP loan before.

What does the hiring situation in the U.S. look like as we enter the new year?

New data on job openings and postings provide a glimpse of what to expect in the job market in the coming weeks and months. This time of year typically sees a spike in hiring and job-search activity, says Jill Chapman with Insperity, a recruiting services firm. But that kind of optimistic planning for the future isn’t really the vibe these days. Job postings have been lagging on the job search site Indeed. Listings were down about 11% in December compared to a year earlier.