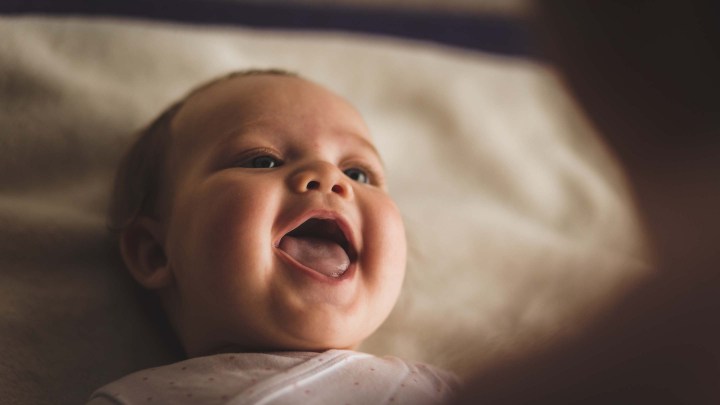 COPY
Ballet dancers, actors and athletes took advantage of hiatuses during COVID, even though having a baby amid the pandemic came with a lot of restrictions and uncertainty. fotostorm via Getty Images
COVID-19

Ballet dancers, actors and athletes took advantage of hiatuses during COVID, even though having a baby amid the pandemic came with a lot of restrictions and uncertainty. fotostorm via Getty Images
Listen Now

The pandemic created lots of reasons for women to put off having children. In fact, economists at the Brookings Institution estimate the pandemic will result in up to half a million fewer births this year, at a time when the U.S. birth rate is already at a record low.

But, it hasn’t been all baby bust. In some communities, the shutdowns created the perfect opportunity to have a baby without sacrificing opportunity.

A couple months after the shutdown last year, when it was clear she wasn’t getting back onstage anytime soon, New York City Ballet’s Megan Fairchild decided it was now or never.

“To be able to add to my family after this pandemic is over, I would have to then take another year out? I’m already going to take like a year and a half, or however long this pandemic lasts,” Fairchild said.

Fairchild has a 2-year-old daughter and is expecting twins. In the ballet world, this is pretty unheard of, because most dancers retire before they hit 40. Pregnancy puts their work on pause longer, because they can’t perform when they start showing or once the physical demands are too much. With her first daughter, Fairchild, who’s a principal dancer, went on leave three months into her pregnancy and took a full year away from the stage.

“You know, it takes a lot of training to get back into doing what we do after you have a baby,” she said. “So that first show my legs were like jello.”

Actors also took advantage of the entertainment world’s long hiatus, even though having a baby during a pandemic came with a lot of restrictions and uncertainty.

“But it was still worth it to have the baby now so that they could take time away and not be penalized for it professionally,” said Rachel Spencer Hewitt, who runs the Parent Artist Advocacy League.

She said pregnant actors face a lot of discrimination even when they audition for work that won’t be shown or filmed until after they give birth. But when you’re auditioning remotely, “Zoom provides a shelter for a woman’s changing body in a way that we don’t have protections when we have to enter a physical space,” Hewitt said.

Women in careers that depend on appearance and physical ability often feel pressure to put off having children.

“I think I might be the only person who’s had a child between the Olympic trials and the Olympics,” said Aliphine Tuliamuk, a marathon runner on the U.S. Olympic team. She and her fiance started trying last spring, right after the 2020 Olympics in Japan were postponed.

“I think a lot of people look at me and be like, ‘Are you crazy? How would you sacrifice the Olympic dream to have a child?’ You know, like you don’t have to sacrifice having a family because you want to pursue your career,” Tuliamuk said.

Tuliamuk’s daughter, Zoe, will be just about 7 months old when her mom competes at the Tokyo Olympics this summer.