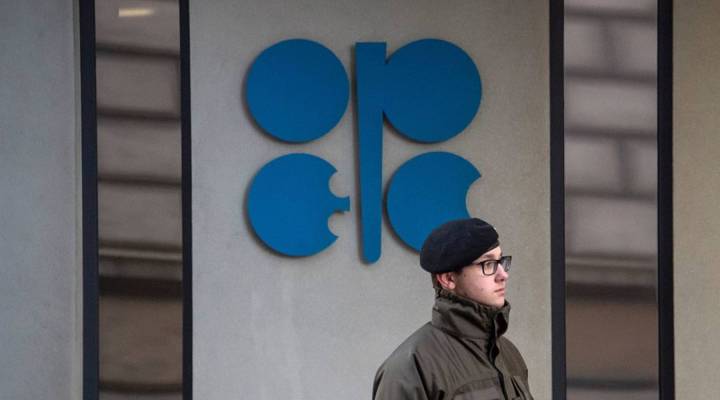 A key OPEC committee met Monday to assess production levels amid concerns of weakening economies and oil demand in the world.

The world economy had been recovering in recent months, but now COVID-19 cases are rising in places that happen to use a lot of oil, including India, Brazil and the United States.

“Cases are surging, and a lot of governments are imposing lockdown measures again, reimposing those,” said Herman Wang, who covers OPEC for S&P Global Platts. “So that’s going to have an impact on energy demand.”

That’s keeping prices down. The average pump price in the United States today is $2.15 a gallon and falling.

Still, the next round of COVID might not crush gasoline use the way it did in the spring.

“People feel safe in their cars,” said Jacques Rousseau, managing director at ClearView Energy Partners. “And they have that level under control in terms of the circle of people, you know, much more confident in driving in their cars versus getting on a plane or a train.”

The bigger fear for oil producers is people don’t want to fly, as jet fuel demand remains weak. The group known as OPEC Plus — a bloc of exporters, including Russia — is scheduled to loosen supply in January. Now, it’s not so sure.

The Saudi energy minister Prince Abdul Aziz Bin Salman has said the group will do what it can to keep supply in line with demand, which would bolster prices.

“So Prince Abdul Aziz is talking not only to me and you and traders in the market, he is also talking to a computer, to the artificial intelligence,” Vakhshouri said. “And this is something fascinating.”

He wants them all to get the message that crude prices will be going up, Vakhshouri said.

OPEC’s next full meeting is in six weeks.