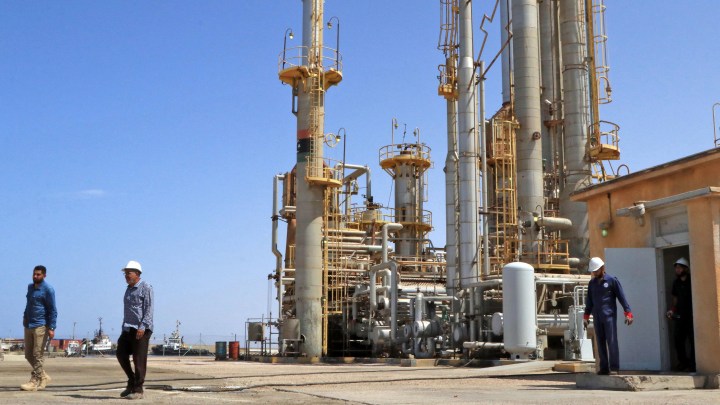 COPY
The Brega oil port in Libya in September. AFP via Getty Images

There is a lot going on in the world of oil and gas right now. OPEC delayed an announcement about whether to continue to curb output for the next quarter. And Exxon Mobil said it is slashing its capital expenditures and could write off as much as $20 billion of investments in natural gas. All that after The Wall Street Journal reported that Exxon Mobil had lowered its outlook on oil prices for the next decade.

Oh, and demand is getting crushed by a pandemic and the industry has to prepare for a political transition.

OPEC and its allies are having trouble coming to an agreement because individual countries see thing differently. The Russians want to put more oil onto the market. The Saudis worry that too much supply will depress prices.

“The current meeting of OPEC is very sensitive and very hard for the members to come to a consensus about what would be exactly the supply and demand prospects in the first quarter of next year,” said Sara Vakhshouri, president of SVB Energy International.

Iran and Libya are also currently producing more oil than was expected, which has led to an even greater supply glut.

“And then you pile on top of that all of the government uncertainty or regulatory uncertainty,” said Timothy Fitzgerald, associate professor at the Rawls College of Business at Texas Tech University and a former staff economist on the Council of Economic Advisers in the Trump administration. He said that could potentially bring a different direction of policy with respect to the oil and gas industry.

But even though oil producers have enjoyed an administration relatively friendly to the industry under President Trump, oil and gas companies have been struggling.

The COVID-19 epidemic has deepened the sector’s problems, depressing demand at a time when fossil fuels are less popular.

“The industry is cash-starved, with declining assets — a maturing industry with a negative outlook,” said Tom Sanzillo, director of finance at the Institute for Energy Economics and Financial Analysis.

But Mark Finley, a fellow at Rice University’s Baker Institute, said the international oil companies shouldn’t throw in the towel just yet.

“It is still the case that oil and gas combined are over half of the world’s total energy needs,” he said.

The task for oil companies right now is to keep providing affordable energy while at the same time transitioning their business to meet the demands of a carbon-free future.