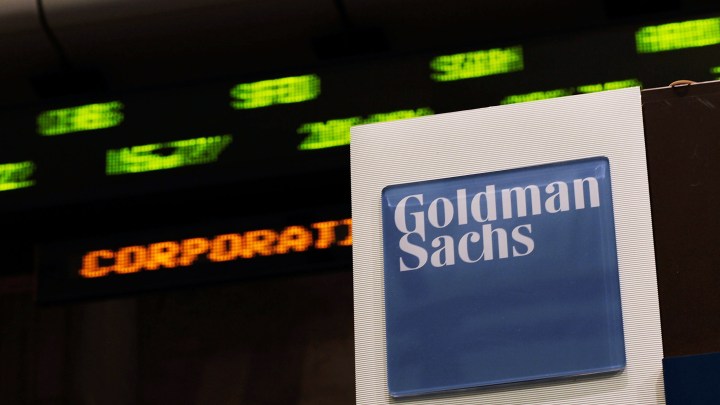 COPY
Goldman Sachs economists said in a note Thursday that worries are overblown — that there will be a victor on election night and in turn the markets will stay steady. Chris Hondros/Getty Images
Elections 2020

Goldman Sachs economists said in a note Thursday that worries are overblown — that there will be a victor on election night and in turn the markets will stay steady. Chris Hondros/Getty Images
Listen Now

President Donald Trump on Thursday repeated his unwillingness to commit to a peaceful transfer of power after the election. And while that certainly has constitutional experts worried, it’s also worrying stock market strategists.

Market experts have always helped customers figure out what they should do with their investments heading into a presidential election. And those strategies usually depend on who’s expected to win.

Of course, as 2016 taught us, predictions are just that. And if political experts can’t call an election, maybe economists shouldn’t try?

But try they are trying. Goldman Sachs economists said in a note Thursday night that the worry is overblown, and that between early voting results and high voter turnout, there will be a victor on election night. And, in turn, the market will stay steady.

Meanwhile, over at UBS, market analysts say we should expect strong volatility in the market if there isn’t a clear winner on election night or if President Trump contests.

Economists often look to previous elections to model upcoming ones, but 2020 continues to break the mold.