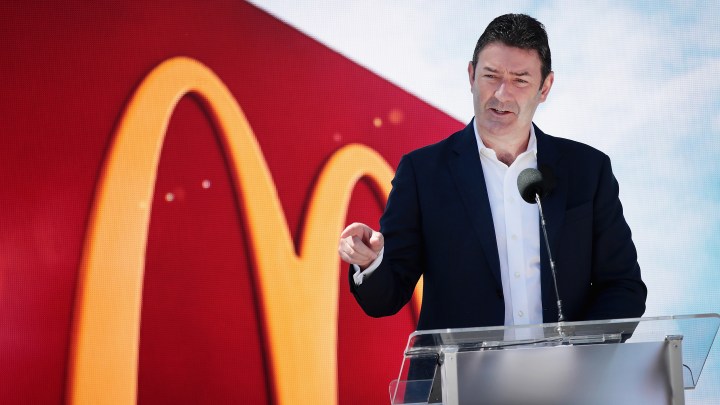 COPY
Former McDonald’s CEO Stephen Easterbrook is fighting with that company over relationships he had with subordinates. Scott Olson/Getty Images

Former McDonald’s CEO Stephen Easterbrook is fighting with that company over relationships he had with subordinates. Scott Olson/Getty Images
Listen Now

There’s new data out showing a connection between sexual misconduct at companies and lousy financial performance by those companies.

Last week, the former CEO of McDonald’s was sued by the company following allegations of misconduct, and this week a top Hollywood executive left NBCUniversal after an extramarital affair.

When a top executive at major companies like these faces credible allegations of sexual harassment or misconduct, investors often punish the company, and its stock price falls.

That left finance professor Yik Au at the University of Manitoba with a question: “If sexual harassment in the C-suite has negative impacts, what about for everyday employees and line managers?”

Looking for complaints of sexual harassment and discrimination, Au and his colleagues sifted through 1.5 million employee reviews on job sites Indeed and Glassdoor. They focused on the period from 2011 to 2017.

“If you’d invested in these sexually harassing firms, you would have actually suffered a loss of around 20%, compared to an increase of about 150% for regular firms,” Au said. “We’re looking at underperformance of about $2 billion dollars per year.”

Delving into company financial reports, the researchers concluded that a culture of sexual harassment and discrimination for rank-and-file employees drives labor costs up and operating profitability down.

The research was presented at the virtual annual meeting of the American Accounting Association, held in mid-August.