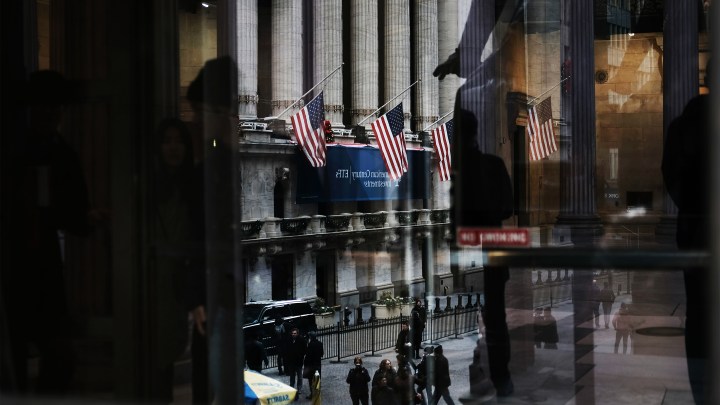 Businesses have been able to pay off some debt during the pandemic — that’s one conclusion of a new report from S&P Global Market Intelligence. And that might be telling us something about where this economy’s headed.

Back in March, when the pandemic started freaking everyone out, companies went to their banks and drew on their existing lines of credit.

“Companies drew every nickel of cash they could get out of their banks just in case,” she said.

That was during the first quarter. In the second, some companies started receiving government aid — Paycheck Protection Program loans.

Nate Tobik, CEO at CompleteBankData, said by then, non-PPP loans started to seem unnecessary for a lot of companies.

“They didn’t need the credit lines they drew, so they paid it down,” he said.

That’s not necessarily a good sign for economic growth. In normal times, companies use bank loans to expand — maybe launch a new project or build a new office.

“A lot of commercial projects are just frozen, because no one really knows what’s going to happen with retail demand, hotels, travel,” Tobik said.

Instead, companies are paying their loans back and focusing on their existing businesses.

Kent Belasco, who runs the commercial banking program at Marquette University, said the thinking is: “If my business is pretty much closed, there’s not a whole lot I can do, except to make sure that I can get my employees back and that I have a business in the future.”

He said the dropoff in loans is also an indicator of how banks are feeling about the future.

Rather than issuing new loans, he said banks have been bulking up their reserves in case their existing loans go bad.

“They’re looking ahead, and they’re a little bit concerned, because I think they’re anticipating losses that are going to come out of this,” Belasco said.

Bigger banks have enough capital on hand to absorb losses, he said. But smaller banks could have trouble.