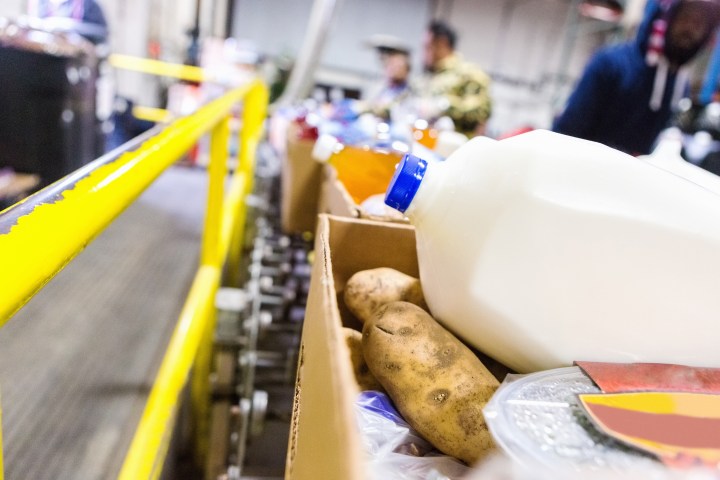 The demand for services provided by food banks across the country has risen in this pandemic. For many food banks, older volunteers play a key role. When Marketplace host Kai Ryssdal spoke to Claire Babineaux-Fontenot, CEO of the hunger-relief charity Feeding America, in April, she told Ryssdal that “the majority of our 2 million volunteers in normal times are over 70 years old.”

She explained that she would never want a volunteer to risk their own health during the pandemic to come in, but the loss of many older volunteers was causing “an additional headwind for us.”

Joyce Idema is an 86-year-old retired resident of Sante Fe, New Mexico, who began volunteering for her local Food Bank, the Food Depot, during the pandemic. Idema said she was motivated to do so after reading in her local newspaper that “the demand for food in Sante Fe was so enormous that they couldn’t keep up with the preparation and distribution of food.”

She decided that since she was “in perfect health,” this “was something good” she could do. In the month of April, the Food Depot distributed over 1 million pounds of food to people in Northern New Mexico, which is more than double its normal monthly distribution. Idema has been volunteering several days a week and plans to keep coming back. She feels very safe at the Food Bank, as volunteers are able to social distance, wear masks and gloves, and work stations are routinely sanitized.