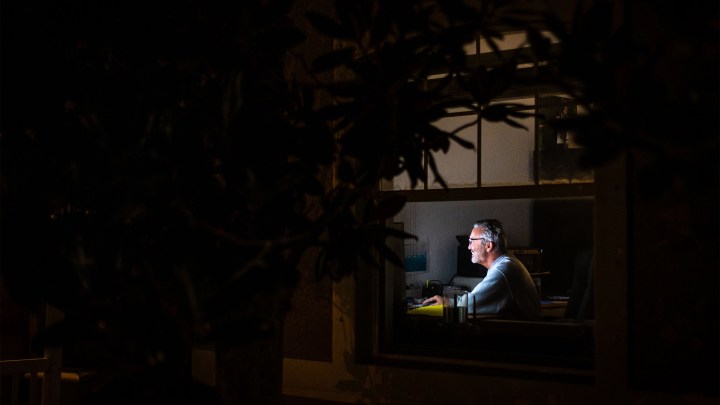 Until last month, the women in the opioid users group at the Hazelden Betty Ford treatment center met in a cozy room on the center’s campus in St. Paul, Minnesota. Now, though, the 10 women meet with counselor Jessica Hernandez online.

It’s one of the ways treatment centers are finding to let people stay in treatment for substance use disorders but keep themselves safe from COVID-19.

Hernandez said the new format, which they started using shortly after the coronavirus crisis emerged, is working. But it’s definitely challenging, too.

“Typically in our groups when we’re here in person, we’re able to see things based on how our client presents that we’re just not able to see on screen,” she said. She was talking about the nonverbal cues that are so important in therapy, things like facial expressions or signals of when a person is really finished talking.

The number of people in treatment at Hazelden has been dropping since the crisis started. One program that usually has about 200 people, for example, only has around 120 right now.  The cost of treatment may be one reason numbers are down. Most of the people at Hazelden are privately insured, but Hazelden is expensive. A group session like the one Hernandez leads is $375 a meeting, and people usually meet more than once a week, often for many weeks.

But the numbers are down at other places too, including the Park Avenue Center in Minneapolis, where most of the patients are publicly insured. Its outpatient program, which usually has 100 people in it, is down to 85.

Director Mark Casagrande said as few as 20 of the 85 people enrolled in the outpatient program are even showing up. The center is starting to offer some group sessions online, but clients have to have a computer or phone, and not all of them do.

Robert Gjevre enrolled in an outpatient program to treat his addiction to meth after his parole officer said it was either that or back to prison.

He’s living in a group home. He and his housemates used to go to the treatment center for meetings. Now, Gjevre said, the counselors come to them to minimize the number of people in one space. Counselors and clients can wear masks, but like they are everywhere else, masks are in short supply in the Twin Cities.