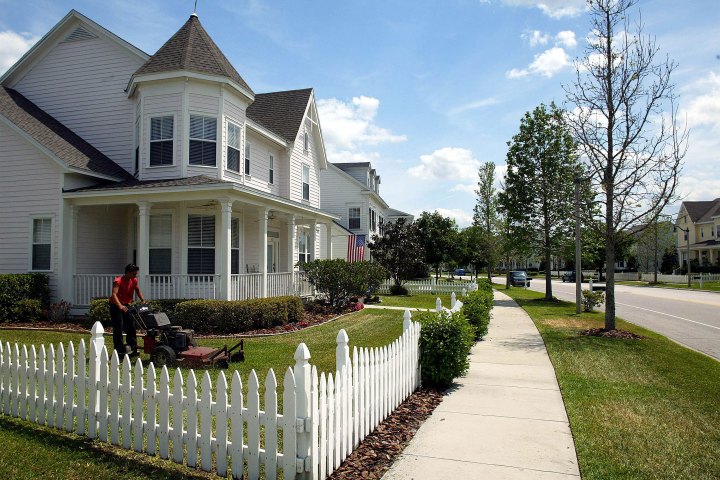 COPY
The arms race over consumption is what drives people in wealthy countries to work more than they really need to. Preston C. Mack/Getty Images
EEC: Econ 101

The arms race over consumption is what drives people in wealthy countries to work more than they really need to. Preston C. Mack/Getty Images
Listen Now

The year is 1930. Famed economist John Maynard Keynes sees people spending less of their time at work than they had 100 years earlier, due in part to technological innovations that boosted productivity. He predicts that over the next 100 years, technology will let us cut our working time down to 15 hours a week, on average. He wonders what we’d do with all our free time.

A decade away from 2030, we’re probably not going to hit Keynes’ mark. We work less than we used to, but we’re still working a lot, especially in the United States.

So what did Keynes get wrong about the modern workweek?

“There’s something of a positional arms race over consumption,” Zarghamee said.

This keeping up with the Joneses is part of what drives people in wealthy countries to work more than they really need to.

It’s particularly apparent where there’s a large gap between rich and poor. In countries where the top 1% of earners earn a greater share of the total income, the average person tends to work longer hours. There’s a similar relationship between income inequality and high average household debt, indicators that the consumption patterns of the wealthy are setting the bar for everyone else, Zarghamee explained.

But blaming our consumption habits — and the work we do to maintain them — on fancy cars and new iPhones misses the underlying economic motivators.

“What I think is often a little misleading about the notion of keeping up with the Joneses is that it seems really frivolous,” Zarghamee said. “But I think it’s actually more than that. What happens when you have the consumption patterns being set at the top is that prices are going to go up for everybody.”

We care about our wealth relative to others any time we’re competing for limited resources.

Take housing, for instance. As the wealthy move to desirable cities like San Francisco, other people are priced out of the housing market. Families with children might want to move somewhere with good public schools, but that neighborhood might be more expensive. And there are only so many houses on the block.

Or consider higher education, where the competition for spots at elite colleges is fierce. To give kids a leg up, parents might send them to private schools or enroll them in expensive test prep courses, but it all comes at a cost.

“Education is critical these days, and so people now feel the need to devote more and more of their paychecks to putting their kids through school,” Zarghamee said.

That touches on another reason the average American’s working hours have been creeping up, even as average working hours in many other wealthy countries have declined: our relative lack of robust social services like health care.

“Part of it certainly has to do with the fact that in the U.S., we have to individually pay for so many of our services,” Zarghamee said.