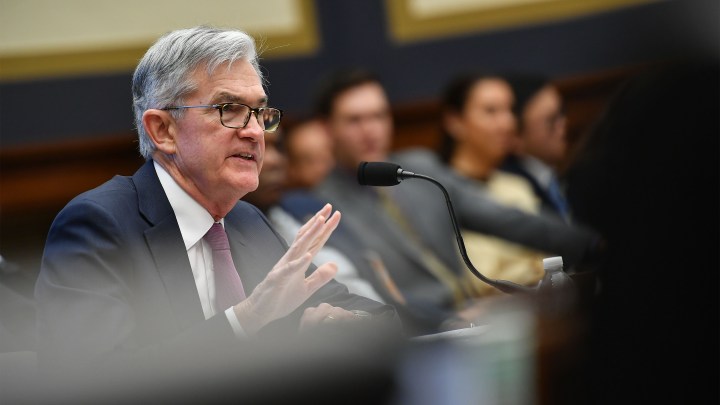 COPY
Federal Reserve Board Chairman Jerome Powell testifies before the House Financial Services Committee on "Monetary Policy and the State of the Economy" on Capitol Hill in Washington, DC on Feb. 11, 2020. Mandel Ngan/AFP via Getty Images

Federal Reserve Board Chairman Jerome Powell testifies before the House Financial Services Committee on "Monetary Policy and the State of the Economy" on Capitol Hill in Washington, DC on Feb. 11, 2020. Mandel Ngan/AFP via Getty Images
Listen Now

Federal Reserve Chairman Jerome Powell testified before the House Financial Services Committee Tuesday. Powell talked about interest rates, which are not likely to go up or down anytime soon because the Fed sees the U.S. economy on a pretty steady path.

Markets have been a bit freaked out by the coronavirus outbreak, its possible impact on China’s economy and the rest of the globe, and Powell said the Fed is monitoring the situation closely. Elsewhere in the detailed economic analysis that Powell presented as part of his semiannual testimony was this:

“Levels of business debt continue to be elevated compared with the levels of either business assets or GDP, with the riskiest firms accounting for most of the increase in debt in recent years.”

It’s a warning Powell has raised before: that a lot of corporate debt these days is concentrated at the lowest investment grades, meaning a shock to the economy or a sharp downturn could lead to bond downgrades and investor sell-offs. In other words, circumstances that contain at least echoes of the financial crisis a decade ago.

“You have a higher credit score and you’re able to lower mortgage rates or lower car loans,” Zaccarelli said. “Whereas if you were considered more of a risky borrower, you’d have to pay higher interest rates. The same thing is true for corporations.”

And it’s the high-risk corporate bonds that are on the rise. We’re not talking about the Amazon-Google-Nike-Facebooks of the world, which have plenty of cash on hand. Rather, it’s:

“Companies that are very capital-intensive in terms of having properties, plant, equipment — so industrial companies, energy companies,” Zaccarelli said. Especially those exposed to risks like drilling for oil or buying land.

Some pension and mutual funds are looking to higher-risk bonds because returns aren’t high enough on safer investments, according to University of Portland finance professor Brian Adams.

“Do they pay down their debt, start to pull back on their hiring and investment? That will exacerbate the economic downturn,” Zandi said — similar to how risky mortgage debt contributed to the financial crisis a decade ago. 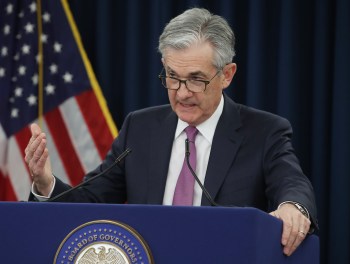