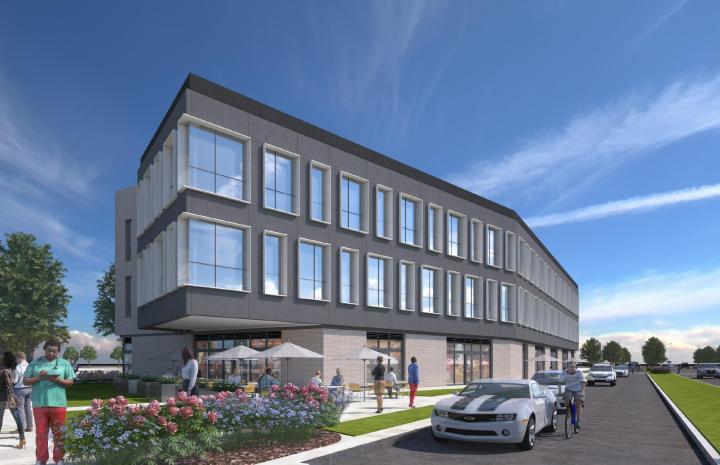 In Pullman, a Chicago residential neighborhood with high unemployment, a $35 million, 400,000-square-foot building is under construction. The industrial space, scheduled to open in April, could be a warehouse or logistical center.

The nonprofit behind the building, Chicago Neighborhood Initiatives, initially had trouble financing its development. Eventually Allstate, the insurance company, offered to fund it in exchange for tax breaks offered in what’s called an “opportunity zone.”

“When we started it a couple of years ago, we were looking at different financing tools and different ways to structure this,” said David Doig, president of CNI. In Pullman, an economically distressed community on Chicago’s South Side, CNI has ushered in developments from big-box retail to artist housing.

If an investor has $2 million in capital gains, for example, it can put the money into an opportunity zone investment. One option for investors under the program is to delay paying taxes on that money for several years. Another option, if the investor holds the investment for five years, is to get a tax break of 10% on the amount invested, or to hold it for seven years, to get a tax cut of 15%.

The money goes to areas like Pullman. The state of Illinois determined the 133 opportunity zones in Chicago — the census tracts where investors can now qualify for those tax breaks.

But the economic impact of opportunity zones is hard to track because there is no oversight at the local, state or federal level. Critics say that there isn’t enough oversight. As it stands, the IRS sets tax guidelines for investors. But the government does not track things like job creation or how much economic development results from those investments.

“It is pretty agnostic about what type of investment it’s incentivizing,” said Brett Theodos, a researcher who studies opportunity zones for the Urban Institute in Washington, D.C. Theodos testified before Congress last fall about changing the program to build in more accountability.

“I’m encouraging localities, states, philanthropies, impact investors and others to co-invest in projects that are more clearly going to produce a community benefit,” Theodos said. Earlier this month Theodos and other Urban Institute researchers released an assessment tool for investors, community groups, policymakers and others to use if they want to measure the impact of an opportunity zone project.

Without a system of oversight, it’s hard to pinpoint which projects have received opportunity zone investment money in Illinois or elsewhere.

The Chicago Housing Authority is an example of a co-investor. It’s using opportunity zone money from co-investor PNC Bank to add a commercial building to a mixed-income housing site in the city’s West Side. The commercial space will include restaurants and a health office.

David Doig in Pullman said opportunity zone investment money can only do so much for nonprofit developers.

“They’re a tool. Are they the end-all, be-all, are they going to solve all of our problems? No,” Doig said.