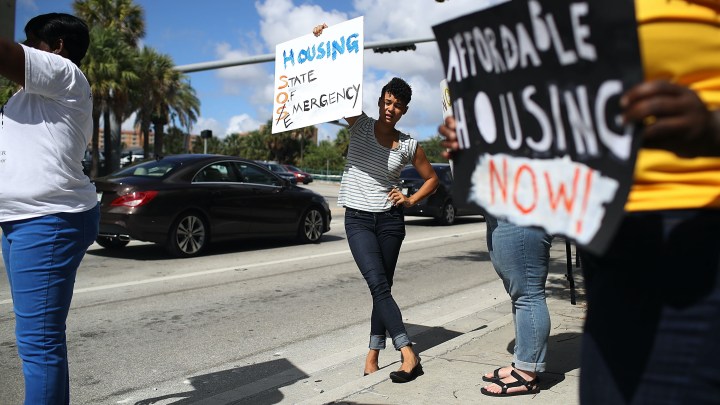 Some of Chicago’s trendiest and wealthiest neighborhoods don’t have affordable apartments. And that’s because the government has not encouraged developers of affordable units to locate housing there.

Over the last 20 years, developers in Chicago have built or preserved 10,000 affordable units through low-income housing tax credits, or LIHTC. It’s a program that has been around since 1986 and is the largest source of federal money to go toward affordable rental housing all over the country, according to the National Housing Law Project.

In Chicago, most of those units have gone to high-poverty majority-Black areas and are underrepresented in more affluent white areas.

“We have to be honest that government has been complicit with the private sector for decades in segregating our communities and devaluing Black and brown spaces,” said Marisa Novara, commissioner of Chicago’s Department of Housing.

The department embarked on a racial equity impact assessment, which dissects how public policy affects different groups. The assessment of LIHTC found that the majority of the housing tax credits went to high-poverty areas. Fewer than 20% of units are in majority-white neighborhoods. Fifty percent of all low-income units are in majority-Black neighborhoods. That’s a disproportionate share because just 35% of Chicago’s census tracts have majority Black populations. And that means that affordable apartments aren’t going in areas like downtown that are rich with amenities and resources.

“It was important for us to say we need to be accountable for our outcomes,” Novara said. “We need to examine the results of our work by race, and based on what we learn, adjust accordingly,”

Under LIHTC, developers receive tax credits as an incentive to create affordable rents, which in Chicago is considered about $1,500 a month for a family of four. Enterprise Community Partners is a national affordable housing nonprofit that worked with the city on the racial assessment. Vice President Andy Geer said Chicago is the first to do this kind racial equity study in the country. And, he added, it should be replicated.

“It’s an opportunity for any housing finance agency really to start to think about how they can advance through affordable housing production racial equity goals,” Geer said.

Chicago notably did this type of racial equity assessment a few years ago. Chicago Public Schools proposed closing an elementary school that served predominantly Black students. Ultimately, the district nixed the school closure after the independent group Chicago United for Equity, or CUE, found students were thriving at the school because it was designed to support them.

“But there isn’t necessarily always a way to address that proactively, and racial equity impact assessments help us find way to anticipate those unintended consequences,” Brar said.

Now that the Chicago housing department knows the unintended consequences of past housing policies, it is proposing a new set of priorities for the tax credit program. Those include making sure smaller housing developers of color can participate and that affordable rentals are built in areas with amenities like public transportation and stores that sell fresh food.