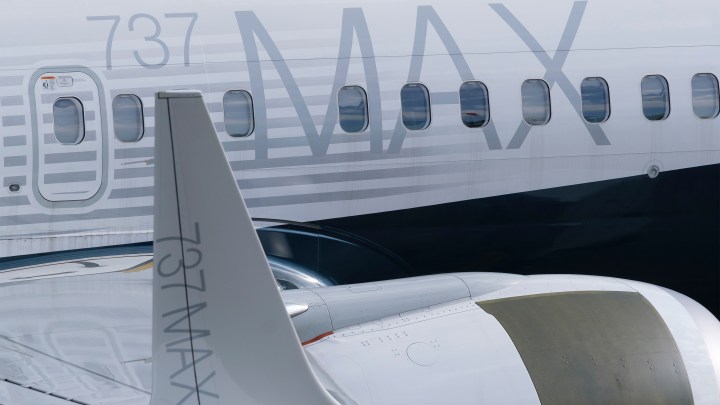 COPY
A 737 MAX airplane is pictured on the tarmac with its signature winglet and fuel efficient engines outside the company's factory on March 11, 2019 in Renton, Washington. Stephen Brashear/Getty Images

A 737 MAX airplane is pictured on the tarmac with its signature winglet and fuel efficient engines outside the company's factory on March 11, 2019 in Renton, Washington. Stephen Brashear/Getty Images
Listen Now

The chairman of Boeing, David Calhoun, takes over as the company’s new chief executive next Monday. In his previous roles at General Electric, Nielsen and Caterpillar, Calhoun got a reputation as a turnaround artist, helping corporations navigate through crises. At Boeing, there’s a lot to turn around.

One set of challenges will be logistical. Following the two plane crashes that killed 346 people, hundreds of Boeing 737 Max 8 planes have been grounded for months.

Jon Ostrower, who edits the aviation newsletter the Air Current, said when the time comes to get those planes back in the air, it won’t be easy.

“When you bring an airplane back into service after it’s been in storage for a long time, there are a lot of things that can happen,” Ostrower said. “Things begin to break down. There’s moisture. And airplanes like to be flown.”

To start making this plane again, Boeing will have to coordinate with hundreds of suppliers after halting production last month. On top of that, the new CEO is going to have to work on Boeing’s damaged reputation.

“The public has lost confidence in that particular aircraft. So his (Calhoun’s) first line of duty is to rebuild that trust,” said Daniel Kwasi Adjekum, an assistant professor of aviation at the University of North Dakota. Adjekum said Calhoun can start by being transparent and contrite.