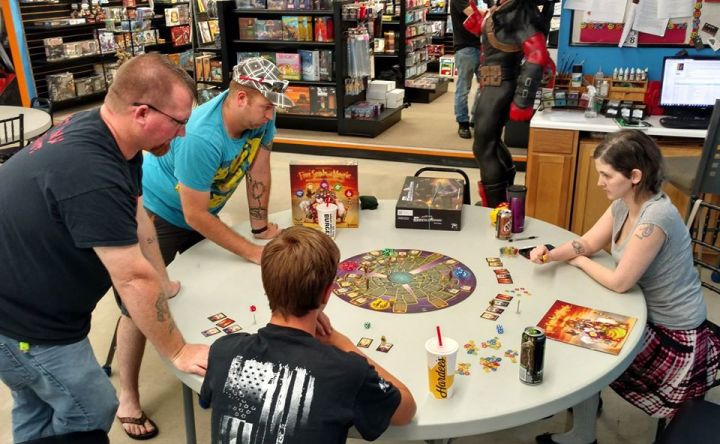 This holiday season many people will gather around the table with family and friends to play board games. There are the classics like Monopoly and Mancala, and newer games inspired by internet culture, which have contributed to a resurgence in the game industry.

Darren Watts has been designing tabletop games for 20 years. Recently, he co-designed We Rate Dogs! The Card Game with Ben Walker and Stephen Tasker, in collaboration with Matt Nelson, the creator of the viral Twitter account of the same name. Watts spoke with Marketplace’s Kimberly Adams about the business of tabletop games, and what’s behind the resurgence of analog entertainment in our digital world.

“To sit around a table for a couple of hours, and just interact, talk and be sociable is actually a relatively rare experience for people these days,” Watts said. “And it’s something that they sort of crave.”