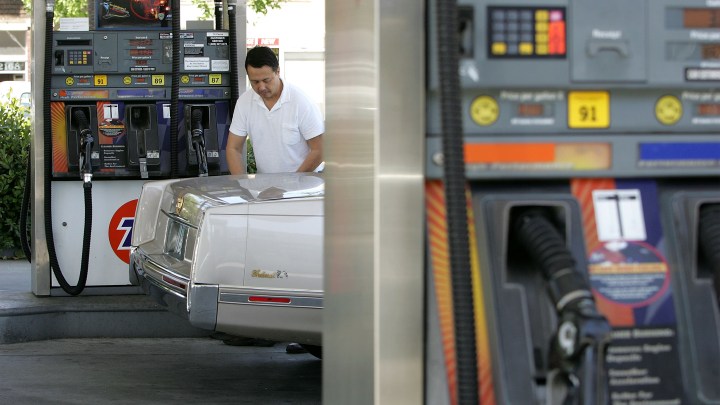 COPY
A slowing worldwide demand for gasoline is leading to an excess in supply. Justin Sullivan/Getty Images

A slowing worldwide demand for gasoline is leading to an excess in supply. Justin Sullivan/Getty Images
Listen Now

Members of the OPEC coalition of oil producers meet tomorrow in Vienna to discuss an excess of oil supply. The group will be joined by Russia on Friday for further talks.

That combined group, known as OPEC-Plus, previously agreed to reduce production in order to keep prices up. Now, there’s too much oil with nowhere to send it.

Allyson Cutright, director of global oil service at the Rapidan Energy Group, believes that in order to balance out a global surge in crude supply, attendees will extend the cuts to which they’ve already agreed.

But because global demand is soft, many analysts think extending the cuts won’t be enough to firm up prices, said Christopher Page, oil market analyst at Rystad Energy.

“China used to be growing at a very, very fast rate. But because of the trade war, oil demand is not growing as fast,” Page said.

Demand is also shrinking in Europe, said Page, because of a slowdown in vehicle sales. Unless the OPEC-Plus group makes deeper cuts, Page thinks oil prices will plunge by more than 30% next year. That translates to U.S. gas prices falling from an average of $2.60 per gallon to below $2.