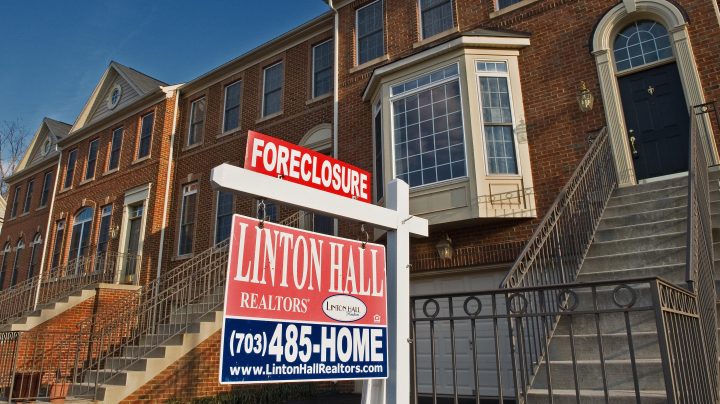 The following is an adaptation from “Homewreckers: How a Gang of Wall Street Kingpins, Hedge Fund Magnates, Crooked Banks, and Vulture Capitalists Suckered Millions Out of Their Homes and Demolished the American Dream,” a new book by Aaron Glantz about the people who profited off America’s housing bust.

I AM ONE OF THE lucky ones. I profited off the housing bust. I leveraged the Great Recession to live the American Dream.

In May 2009, with the housing market in free fall, I bought a foreclosure. I scrounged money saved living in a nonprofit housing complex near the University of California at Berkeley, where I’d gone to school, and, with help from my parents, my wife’s parents, and my grandmother, cobbled together a down payment on a two-bedroom house.

The house isn’t much. It’s boxy, a thousand square feet, up a hill on the southern edge of San Francisco, but from my favorite chair in the living room, I can see the Pacific Ocean. Like millions of other Americans, my home is now my primary source of wealth. It’s my hope for retirement and my backup plan for financing my children’s college education. Eight years after I bought it, my mortgage payments are lower than what many of my friends and colleagues pay to rent their apartments. In the morality play of recession and recovery, my experience shows the good guys can win, and the profiteers sometimes lose.

Indeed, most of the beneficiaries of the foreclosure crisis were not first-time home buyers who secured a thirty-year fixed mortgage with family support. Instead, they were a new breed of corporate landlord that bought up entire neighborhoods and held the homes in shell companies, with the true identities of their owner unknown to most of the new tenants. In Oakland, for example, a nonprofit organization called the Urban Strategies Council found that between January 2007 and October 2011, more than 40 percent of the 10,508 homes that went into foreclosure in the hard-hit city had been purchased by real estate investors—usually with cash.

The rise of these corporate landlords drove a generational transfer of wealth from hundreds of thousands of individual homeowners to a handful of well-heeled bankers and titans of private equity. But wasn’t this just the way of the market? If someone wanted to buy one of those foreclosed homes, he or she just needed to get there first, before whichever LLC was trying to scoop up the local housing stock. The problem was that the system was rigged in favor of the speculators. In fact, as the years passed and the economy recovered and jobs returned, banks still refused to lend to individuals and families, and the nation’s homeownership rate continued to fall, until, in 2016, eight years after the crash, it hit its lowest level in more than fifty years. Like the wave of foreclosures themselves, this credit desert particularly harmed people of color, with the homeownership gap between blacks and whites opening wider than it was during the Jim Crow era, when discrimination was legal and encouraged by the government.

These developments had sweeping implications. In America, the average homeowner boasts a net worth that is a hundred times greater than that of a renter: $200,000 for homeowners compared with $2,000 for renters, according to the US Census Bureau.

This is not because homeowners make a hundred times more money than renters. (Homeowners take home about twice as much every month, according to the government.) Rather, it is because owning a home represents the only way for most middle-class families to save money. Researchers at the nonpartisan Brookings Institution found the average middle-class household spends nearly 80 percent of its income on just five essentials: housing, food, clothing, health care, and transportation. In other words, most of a family’s money is gone before they can even think about going to the movies or sending their children to college. The news gives us daily updates on the Dow Jones Industrial Average, but figures from the US Census Bureau tell us this is largely irrelevant to most Americans’ savings plans. Indeed, only 20 percent of American families own stocks or mutual funds, and the average household has about $4,000 in the bank.

So, month after month, most of a family’s income disappears. Clothing is worn until it is discarded. Food is eaten. Health care dollars disappear into the accounts of insurance companies and hospital chains. Gas money is burned up by a car that, if purchased, loses value the moment it is driven off the lot. Only housing, representing 35 cents of every dollar spent by the average middle-income family, has the chance to retain, or even increase, in value. Every month, when a homeowner makes a mortgage payment, she basically makes two payments. The first is a tax-deductible check to the bank that covers the interest, and the other is to herself, in the form of additional equity in her home.

By buying up large numbers of homes during the bust, real estate magnates removed properties from the market and stole this opportunity from millions of Americans. These speculators were part of a great but inglorious US tradition. In every generation, there are people who hold their money, waiting for a crisis, so they can pounce and profit off the pain of others, often creating financial dynasties that last generations.

Adapted from the book Homewreckers: How a Gang of Wall Street Kingpins, Hedge Fund Magnates, Crooked Banks, and Vulture Capitalists Suckered Millions Out of Their Homes and Demolished the American Dream by Aaron Glantz. Copyright © 2019 by Aaron Glantz. From Custom House, a line of books from William Morrow/HarperCollins Publishers. Reprinted by permission. 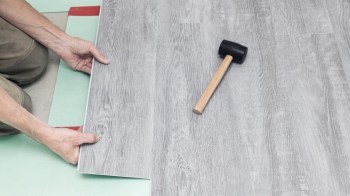