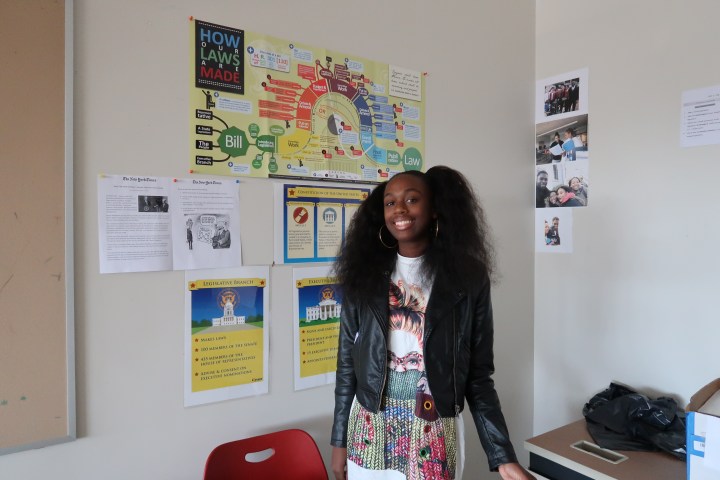 By the time 17-year-old Mya Kelly graduates from Washington, D.C.’s Paul Laurence Dunbar High School, she will have drafted her own laws, learned about executive powers and worked her way through the Bill of Rights.

Funding for the types of civics lessons Kelly and other Dunbar students get is pretty limited. The federal government never spent all that much on civics education, but funding has fallen from about $40 million a year to just $4 million since the early 2000s. And because 10 states don’t require any civics classes at all, whether students wind up formally learning about government comes down to geography.

Forty percent of Asian/Pacific Islander students, and nearly a third of white students were at least “proficient” in civics in the eighth grade, according to the latest federal statistics. Only 9% of black students and 12% of Hispanic students met that standard. Owen said that creates a “civic empowerment gap” between those who know how the government works and how to work the government, and those who don’t

“So those who are already privileged become even more privileged through the education process that … gives them the tools to go on and become really active and engaged citizens to advocate for themselves,” she said.

Owen said teachers in states without required civics lessons often have to rely on free resources, like the games created by the nonprofit iCivics. The group estimates it helps about 6 million students each year.

Several teachers at Dunbar High School use the games as an extra tool to help students think about getting involved in the political process. Kelly, who graduates this spring, said her classes taught her how to press elected officials to get things done. And she still has a few more months to practice.