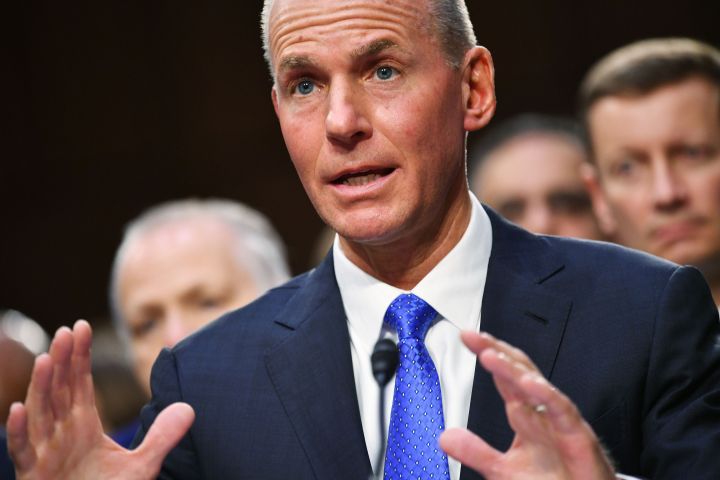 COPY
Boeing CEO Dennis Muilenburg testifies before the Senate Committee on Commerce, Science, and Transportation on aviation safety and the future of Boeing's 737 MAX. (Photo by MANDEL NGAN/AFP via Getty Images)

Boeing CEO Dennis Muilenburg testifies before the Senate Committee on Commerce, Science, and Transportation on aviation safety and the future of Boeing's 737 MAX. (Photo by MANDEL NGAN/AFP via Getty Images)
Listen Now

Today, exactly one year after the Lion Air plane crash that killed all 189 people on board, the president and chief executive of Boeing, Dennis Muilenburg, testified before Congress.

The Senate Committee on Commerce, Science and Transportation grilled Muilenburg and John Hamilton, Boeing’s vice president and chief engineer, about the company’s relationship with Federal Aviation Administration and its awareness of risk relating to the 737 Max, the model in both the Lion Air crash and the Ethiopian Airlines crash five months later. The aircraft is still grounded worldwide.

Natalie Kitroeff, a reporter with the New York Times, spoke with “Marketplace” host Kai Ryssdal about what might be next for Boeing.

Click the audio player above to hear the story