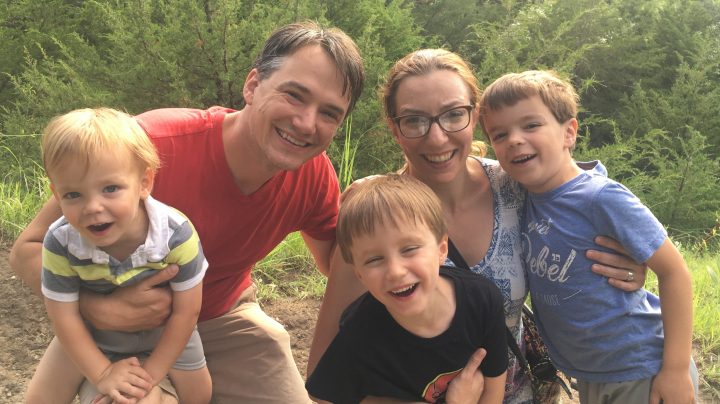 In the summer of 2015, Washington Post data reporter Christopher Ingraham wrote in a blog post that Red Lake County, Minnesota was “the worst place to live in America.” Less than a year later, he moved there with his wife and two young children. His book on the experience is titled “If you Lived Here You’d be Home by Now,” and Ingraham recently sat down with “Marketplace” host Kai Ryssdal to discuss it. The following is an edited transcript of that conversation.

Kai Ryssdal: Why did you write in the pages of the Washington Post that Red Lake County, Minnesota is “the worst place to live?”

Christopher Ingraham: Well, it’s important to know I wasn’t just spouting off. This was the finding of a USDA data project. They actually ranked all 3,000-odd counties of the United States by what amounts to their natural beauty: their climate, how warm or how cold, their landscape, things like that. And the place that was dead last was this little place called Red Lake County, a place I had never heard of. And so I said, “Hey, according to the USDA, this is America’s worst place to live.”

Ryssdal: And, long story short, you heard from the folks in Red Lake County.

Ingraham: Yeah, you know, Minnesota is kind of like the Texas of the North. You’ve heard about “don’t mess with Texas,” but unless you’ve made Minnesotans angry, you really have no idea. There were many other places in the United States that also came out very, very badly on this ranking. I didn’t hear a peep from people and any of those places.

Ryssdal: It’s because all the rest of them weren’t at the very bottom of the list, man. But look, you get all these emails and whatever from the folks in Red Lake County and you decide to pay a visit and then, long story short, you decided to move there. How did that come to pass?

Ingraham: Well, you know, so I went out to visit to do this follow-up story and I was prepared to really not like the place very much. I was expecting kind of a “Hillbilly Elegy” kind of situation, but it was more like Norman Rockwell. It was just an incredible sense of community and warmth, and just social cohesion that just seemed to be missing from my life, which was back in the Baltimore-DC metro area. And so, as I got back from the trip, my wife and I were dealing with all these economic pressures of living in a city: the cost of living, that commute, just the difficulty of doing basic, everyday things. And as we were discussing all these things, I go out on this trip to Red Lake County. I come back saying, “Man, this place is awesome.” And we decided, you know what, let’s give it a shot and see what happens.

Ryssdal: OK, so let’s tick through a couple of things here. Obviously, housing is cheaper in rural Minnesota. You can work, because your job as a data reporter with the Washington Post is portable. You’re not going to have to pay childcare, because it turns out your wife can’t work. I mean, there were some calculations that had to be made here, right?

Ingraham: Yeah, absolutely. And these are the calculations that I imagine pretty much every family does. You know, you’re looking at cost of living, you’re looking at just the crazy costs of childcare versus the amount of money that you would make working outside of the home. You know, we live in a country where, what is it, something like 80% of the population lives in these big metro areas, where people are, on some level, dealing with these exact same issues. Our family, we were at that point where something had to give. We ran the numbers, we said, all right, this is this is what we need.

Ryssdal: I know you’re a data guy, but there is a less quantitative aspect to your life, now, that you write about in this book. And that is the idea of “social capital” and what it has meant to you to be in a small town where everybody knows everybody, and there are support systems that are just innate, they’re just there.

Ingraham: Yeah, absolutely. And that’s one of the big benefits for us of moving to this area. You know, winter in northwest Minnesota is really brutal. It’s basically winter now. The temperature in my house was in the 30s this morning. But I can’t tell you how relieving it is to be able to send our kids outside and just know that they’re going to be okay. The more time we spend out here, the harder it is for us to imagine ever moving back to DC, ever trying to make that DC lifestyle work for us again. That’s really the bottom line for us.

Ryssdal: Last thing, Chris, and then I’ll let you go. You write in the epilogue, you come clean — you’re a data guy through and through, right? I mean, you got a little chart on the back page of this book talking about, you know, all these data points you came up with, through this book. But you basically then say, you know, what, data sometimes doesn’t tell the whole story, and your subjective experiences in this book kind of prove the lie. Right?

Ingraham: You know, that’s one of the things I’ve been thinking a lot about since we got out here. It’s really driven home to me that there’s just a lot about life and governance and economics that we can’t and we probably shouldn’t be trying to capture just with numbers that we probably shouldn’t try and to be just boiling down to a cell on a spreadsheet. And for a normal person, this is probably an obvious insight. But for me, as a data guy — and, I suspect, for a lot of other reporters who have been trained to look for the hard numbers that you can anchor your ideas to — it’s a real helpful corrective, I think.