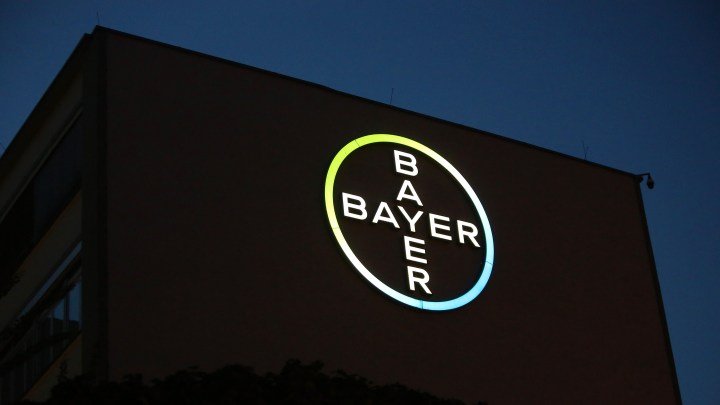 Monsanto is facing a growing number of lawsuits from people who claim that ingredients in its weed killer, Roundup gave them cancer. Several Roundup cases have already been heard, including one resulting in a verdict of more than $2 billion in damages. Many more are expected. With money like that on the table, personal injury lawyers are filling the airwaves with ads like this one:

You may have seen similar ads on TV or online, where personal injury lawyers urge people suffering from mesothelioma — cancers related to talcum powder or complications caused by surgical mesh — to “call now.”

One of those ads got the attention of Nancy Gretzinger. “A friend called me and she goes, ‘I just saw an ad for mesh. You need to call them,'” she said

That was in 2011. Gretzinger had had an operation to insert pelvic mesh. There were complications that ultimately led to several more surgeries and permanent injury, so when her friend told her about the ad she’d seen, Gretzinger made the call. An intake operator for the Davis & Crump law firm in Gulfport, Mississippi took her information. Gretzinger turned over her health records to a lawyer, and kept in touch.

“You know each time I had a new surgery they would want to know about that,” she said.

Personal injury law firms, like the ones that advertise on TV, typically do the early legwork and file the cases.

“They are what we sometimes call referral mills,” said Nora Freeman Engstrom, a law professor at Stanford. Engstrom says typically, big cases like Gretzinger’s are bundled with others and turned over to a team of lawyers who take it from there. “This is a pretty well oiled machine,” she explained.

It can also be a money machine: “There’s a whole tiered network of lawyers that can profit off of these cases,” said Elizabeth Burch, a law professor at the University of Georgia.

That’s if they win. Lawyers take these cases on a contingency basis, but it can take years.

“Litigation’s expensive,” said Ray Panneton, a personal injury lawyer at Daniel & Associates in Houston, Texas. “We take all that financial risk ourselves.”

Gretzinger’s case took four years to settle. She agreed not to disclose the amount or what the lawyers got. But typically, they end up with 30% or more of the settlement. With paydays like that, the ads keep coming, even though the number of huge product liability cases around things like asbestos and pesticides has declined steadily.

Correction: (June 18, 2019): A previous version of this story left the impression that Nora Freeman Engstrom was commenting on the Davis and Crump law firm. She was not. The text and audio have been corrected.