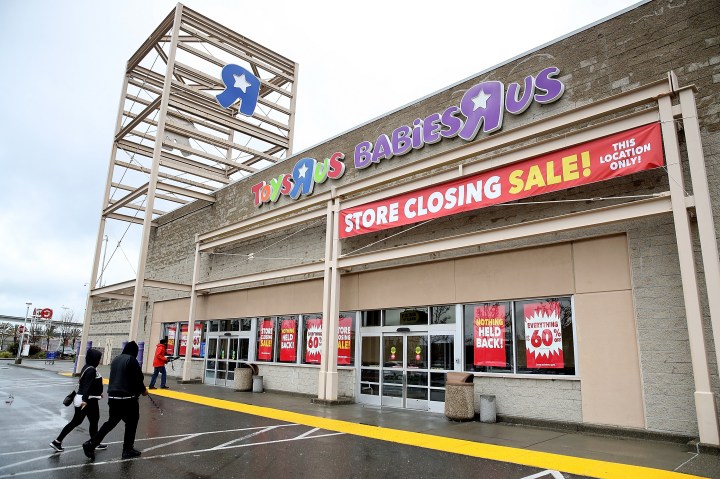 Firms like KKR work in the background, doing some flipping of their own with actual companies through leveraged buyouts. They might not be household names, but some of the companies they acquire for billions of dollars certainly are.

One of the more popular examples: Toys R Us, which was purchased by the real estate investment firm Vornado, along with KKR and Bain Capital, the private equity giant.

In a leveraged buyout, private equity funds will gather a group of investors to offer up some cash, go to the bank to borrow several times that initial amount, and then acquire a target company. They’ll then push to make changes to the company with the aim of making it more profitable and selling it a later date.

With firms like these wielding a large amount of power and influence — and of course, money — we decided to look at a history of a handful of KKR’s most significant takeovers and buyouts throughout the years.

Media outlets called it the “the most expensive takeover battle in history” at the time.

Frederick Ross Johnson, CEO of RJR Nabisco, announced a $17 million leveraged buyout of the company in 1988, which would take it private. (Just a few years earlier, R.J. Reynolds Tobacco Company and the food manufacturer Nabisco had merged.)

KKR proposed its own offer of $20.43 billion, and later considered a combined bid with with the Wall Street firm Shearson Lehman Hutton, but that joint deal was rejected. RJR Nabisco then raised the stakes by making a $20.9 billion offer.

Basically, various back-and-forth deals worth billions of dollars from different firms were tossed around, as happens on Wall Street, until KKR made the winning bid of $24.88 billion.

But while they won the buyout battle, in 1991 RJR Nabisco went public with a stock offering and the company’s share price declined. A few years later, KKR traded its stake for ownership of a dairy and chemical company, Borden.

It was once America’s biggest toy store.

But once it started facing flat sales and falling profits, the Toys R Us board of directors put the company up for sale in 2004. Then came the investment firms. Vornado, KKR and Bain Capital bought out the company for $6.6 billion, and ended up loading the company with $5 billion in debt.

To compete with the likes of Amazon, Toys R Us would’ve had to invest significantly in its website and stores, but it ended up using most of its available cash to pay back its colossal debt. Eventually, the toy company filed for Chapter 11 bankruptcy in 2017. Bain and KKR each took home at least $15 million.

“That’s the thing about leveraged buyout deals. They leave companies with a lot of debt and almost no cash. If something goes wrong in the industry, it’s hard to survive,” reported Marketplace’s Marielle Segarra.

KKR has also dipped its toes in the discount retail world, which includes the likes of the popular American chain, Dollar General.

During the Great Recession, when other companies were shutting down, dollar stores were able to expand with their cheap prices.