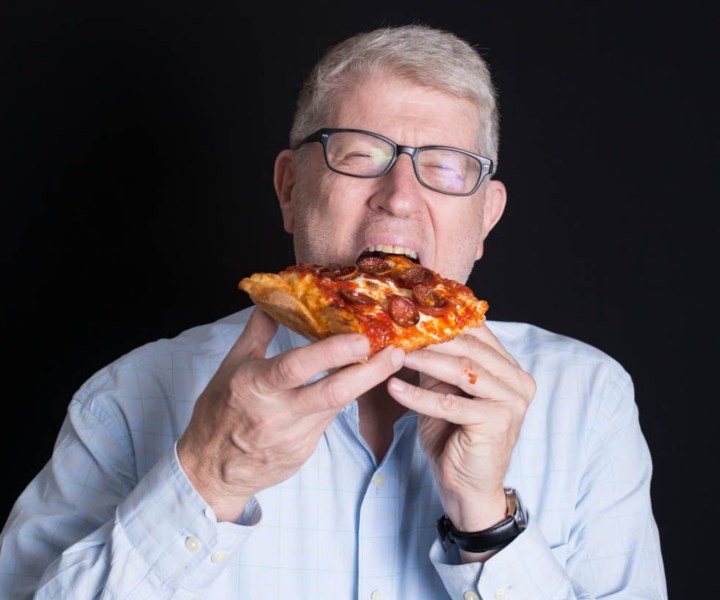 Some of the most popular blogs, YouTube channels and Facebook pages serve recipes, cooking videos and other food content to millions of eyeballs every day. But turning that hunger for content into a successful business model is challenging.

In the early to mid-2000s, a wave of companies including Allrecipes.com, Condé Nast with Epicurious and the Curbed Network with Eater, were just starting to see the potential for food content online. That’s when Food writer and best-selling author Ed Levine started a website called Serious Eats.

The site made a splash in the food world and remains a popular destination for food people online today. But the company was not the slam-dunk success that Ed Levine hoped it would be.

Levine recently spoke with Marketplace host Kai Ryssdal about his new book, “Serious Eater: A Food Lover’s Perilous Quest for Pizza and Redemption.” The following is an edited transcript of their conversation.

Kai Ryssdal: Before you happened on Serious Eats, you had a varied career.

Ryssdal Well, yeah. Had it been 2019-ish, we would have called it the “gig economy.” But, I mean, you were in music, you were in advertising, you were doing everything. How did you come to Serious Eats?

Levine: Well, I was a successful freelance food writer — and that all depends on your definition of success — I was getting good paying assignments from the Times and GQ and Gourmet. But, as we all know, and it’s as true now, you can’t really make a living as a freelance food writer. It’s very, very difficult. And I got to the point where I was like: I’m really tired of gatekeepers, I’m really tired of constantly selling my ideas, and myself, and so Serious Eats was sort of a bid for creative and financial freedom.

Ryssdal: OK, so here’s why that’s interesting, right, that bit you just said about “tired of selling,” in essence. You start this thing that is built around your passion for food, and getting people to good food and writing about it. And the reason we wanted to have you on to talk about this book is your passion becomes a business that you have to hustle and work for. That takes away from your missionary zeal. Is that fair?

Levine: Yes. I would say you’ve just hit upon the crux of the problem. In 2006, we were all intoxicated by the seemingly unlimited possibilities of the blogosphere. And I was one of them, I fell prey to that. I was like, yeah, we’re going to tear down the walls, we’re going to control the means of distribution, and how hard could that be? And it’s like, oh, it’s actually really, really hard.

Ryssdal: To quote you back to yourself, you say: “I never went more than a month without having to raise capital.”

Levine: It was insane, Kai. And I just had no idea what I was getting myself into. You know, everyone wants a business that will scale. And when [venture capitalists] say scale, they’re talking about … can you get to a place where your you can sell it and people will get ten times their money? That’s what VCs want. They don’t want singles, they don’t want bunt singles. I think Serious Eats was maybe a bunt single —

Ryssdal: Just so everybody’s clear, a “bunt single” to a VC is barely making back their investment, the 1X return, right?

Levine: Exactly. That’s it, the 1X return, and VCs don’t have no interest in that. And I I just think, post-financial crisis, I was really asking people for money so that I could have my dream job, but I just couldn’t ever say that.

Ryssdal: That’s a good line. So, I’m not going to give away how this book goes, but let me just say, you do eventually wind up getting it sold; your investors recover most of their investment. There’s a fairly gripping passage on the stress levels that you were dealing with, trying to run this business. What I want to ask you though is: Do you miss running the enterprise?

Levine: I am actually still running the enterprise —

Ryssdal: Yeah, but not the way you were.

Ryssdal: A word, here, about food media today. I wonder if you weren’t maybe, like, seven years too early with Serious Eats. ’cause food media today, man, I mean it’s everywhere, it’s a big deal.

Levine: It’s everywhere. And yet, if you really draw back the curtain, high quality content is not worth what it used to be. Here’s the other thing about food media and and startups: I used to depend on The Times and Condé Nast never figuring it out. Well, guess what, Kai? They figured it out, and they’re really good at it.

Ryssdal: You got to pay for the [Times’] cooking app now.

Levine: Exactly. And it’s great. And you know, Condé Nast, with Bon [Appetit], they figured it out. Because what did they have? They had time, and they had resources. And so, when your business is operating in a really dynamic environment that’s changing at the speed of light and you don’t have the resources that will give you the time, you’re kind of screwed. And you know this better than anyone, you don’t hear these stories, you hear the stories of the unicorns and the stories of the great flame-outs. We know that 99.99% of all businesses fall in the middle. And Serious Eats fell in the middle.

Before becoming a food writer, Ed Levine spent a few years working in the music business. He made the following playlist to go along with his book: