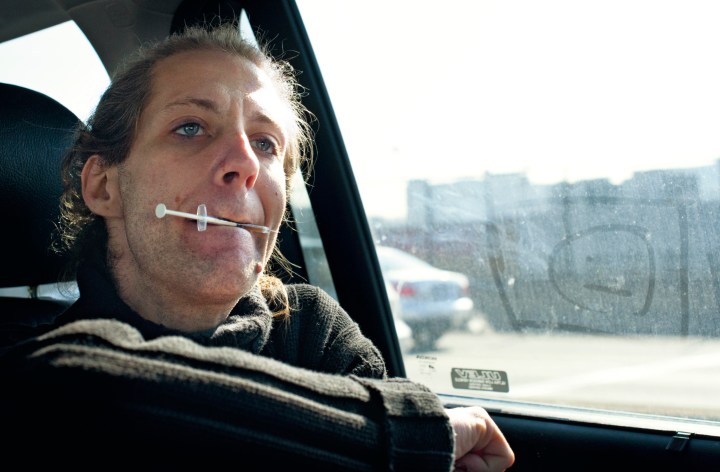 Chris Arnade first ventured into the poor Bronx neighborhood of Hunts Point in 2011, meeting residents who suffered some of the worst effects of the Great Recession, as well as the shifting of the economy away from blue-collar work and manufacturing-based industries.

The visit led to Arnade quit his job as a Wall Street trader and embark on a three-year cross-country journey, which culminated in a book, “Dignity: Seeking Respect in Back Row America.”

In it, Arnade documents how people hurt by job loss, recession and poverty continue to find some dignity in spite of their disadvantages.

On why Arnade started his road trip:

The financial crisis made me rethink what I was doing as a banker, and kind of making choices that had impacted other people’s lives, and not really knowing what that impact was. I would always take these long walks across New York, and I ended up going to parts of New York that I was told not to go to, communities that have been long stigmatized for having crime or poverty or drugs. I ended up spending so much time doing that, I ended up quitting my job in 2012 and spending two to three years in those communities in New York City. What I saw there so frustrated me, that I felt like I wanted to see if it was true across the rest of the country. And so I got in my van and drove for three years.

On why McDonald’s was the focus of so many of the “back row” cities he visited:

For the people on the most marginal parts of society, the homeless addicts, they spend a lot of time in McDonald’s to gain a moment of dignity, [to] just be kind of invisible, where people don’t stare at them as not being allowed to be there. This role McDonald’s played in many communities that were otherwise devastated was almost as a community center. It was being used by retirees and other people who [had], you know, blue collar jobs, who would come in there every morning and get together with others and have group meetings. I even saw people playing, you know, bingo games there … church groups, people playing chess, people playing checkers, dominoes, the whole thing.

On what these cities lost to the post-recession economy:

One of the negatives of the way we have moved the world in the last 30 years is the loss of community. When a factory leaves, it devastates a community. It doesn’t just lose jobs, it loses so many forms of meaning that these communities are just completely devastated.

Chris Arnade is a freelance writer and photographer. Photographs from Dignity: Seeking Respect in Back Row America by Chris Arnade, to be published on June 4 by Sentinel, an imprint of Penguin Publishing Group, a division of Penguin Random House, LLC. © 2019 by Chris Arnade.