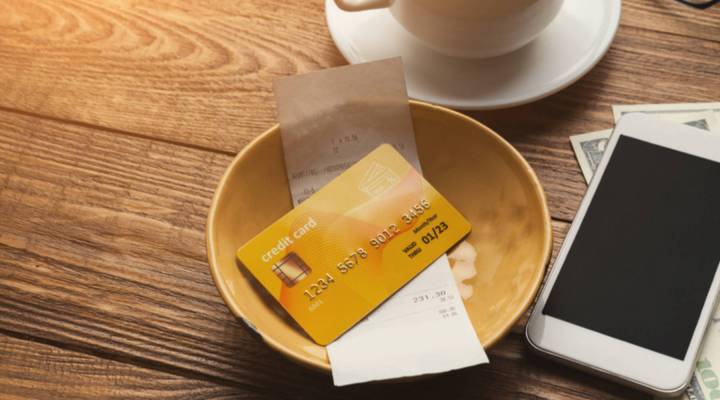 Going out for dinner with friends can get pretty complicated for Martin Juvå. He lives in Brooklyn right now, but he’s Swedish and doesn’t have an American bank account. That means no Venmo.

“It’s become pretty irritating to me,” Juvå said. “Venmo would probably solve a lot of problems if I had it here.”

The payment app Venmo lets users send and receive money almost instantly. It’s grown popular among millennials, partly because it makes it easy to split a tab, partly because the app makes transactions look like a social media timeline, complete with comments and emojis.

Without the app, Juvå’s stuck paying cash in a culture where Venmo is a part of going out. Younger users have been quick to adopt Venmo for things like splitting a bar tab or a restaurant check. Still, splitting a bill just one part of why people use person-to-person payment apps in the first place.

“The notion of splitting the restaurant check is actually not one of the most prevalent types of [person-to-person] payments that occur,” said Ron Shevlin, director of research at Cornerstone Advisors.

Shevlin says what really drives money through these apps is big transactions — wedding gifts, rent, loans from mom and dad, even alimony payments. Payments from people who may be a little older, and a little wealthier than millennials. Shevlin says baby boomers are making big payments through Zelle — himself included.

“I’ve got three daughters, ages 18 through 29, and since I routinely have to move some money to their accounts, it’s technically a Zelle transaction,” he said.

People moved $62 billion through Venmo last year. But the amount of money going through Zelle was $119 billion — almost twice as much as Venmo’s transaction volume. Still, that doesn’t mean Zelle has the name recognition that Venmo does.

“I didn’t realize that every time my parents transferred money through my account that it was using Zelle,” said Kristen Shevlin, one of Ron’s daughters. To be clear, she’s not complaining. But she said she still prefers Venmo, even though she receives money through Zelle.

“There’s been a couple times, yes, where I told my parents that I would be a lot easier if they just had Venmo,” she said.

Overall, both companies have plenty of room to grow. Ron Shevlin said only 25% of people in their 20s are using Venmo, and only 5% of boomers are using Zelle.

“I’ve heard executives in Zelle banks say that they they’re starting to hear their customers use Zelle as a verb,” he said. “‘Zelle me some money.’ I’ve never heard that.”

Shevlin said the app’s likely to see more pickup across generations, given that Zelle is the default option to transfer money at a lot of big banks.

“I don’t necessarily think that they are making a big conscious decision to say, ‘I’m going to use Zelle because Zelle is so great’,” he said. “They’re simply using what’s most convenient for them at that point in time.”