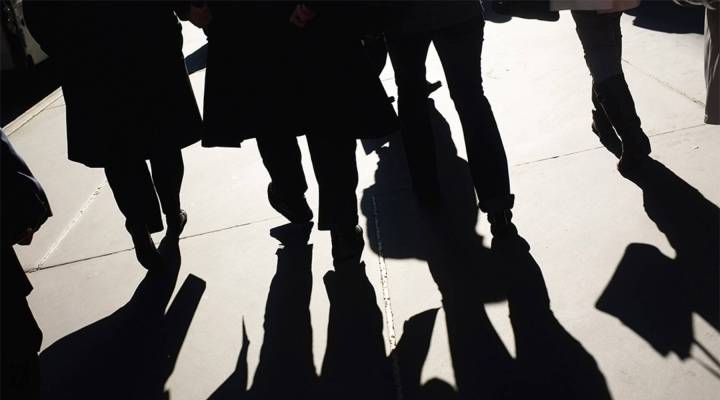 Right now, the Trump administration has acting heads at the Defense Department, Homeland Security, the Small Business Administration, and the Office of Management and Budget. By the time you finish reading this story, there could be more. And that’s just the way President Trump likes it, as he told CBS’s “Face the Nation” in February.

“I like ‘acting’ because I can move so quickly,” he said. “It gives me more flexibility.”

“This has hit the C-Suite,” explained Robert Jordan, who’s done some time himself as an interim executive, and now heads Interim Execs, which connects executive talent with companies in need of it. Jordan started the company 11 years ago when he noticed that demand was soaring for people who were willing to parachute in to stabilize a company in crisis, or fill an empty seat at the top when there’s no obvious successor.

“From 2008 to roughly 2014, the use of the phrase ‘interim’ on LinkedIn rose ten fold,” he said. That was during the financial crisis, an especially tumultuous period for corporate America. Today, Jordan’s agency represents more than 300 interim execs. Most are former chief executives, or chief financial officers.

Jordan says the temp execs earn about what a typical, permanent CEO makes in salary — sometimes 20 to 25 percent more. But there’s no bonus, and no stock options. Davia Temin coaches interim executives. She says they have a tough job.

“You’ve got the title — almost,” she said. “You’ve got the responsibility — almost. You are acting as if you are the CEO, but when it comes to long-term strategy and planning and action and vision and mission, you don’t have that nod.”

Temin says most interim CEOs are brought into a company in some sort of crisis, to calm things down and give valuable workers a reason to stick around.

“If that interim CEO is doing a good job, he or she is making people feel that they’ve gotten a gift,” she explains. “Somebody who is mentoring them in the extreme.”

That takes a certain kind of somebody. A person who can put ego to the side and gain people’s trust. A person like Howard Brod Brownstein. He’s been an executive gig worker for more than 25 years. He says when he starts an interim job, he tries to be non-threatening.

Brownstein says trust is key if you want to understand what’s going on. He says he was brought in once to run a drug store supplier which was mysteriously losing money. No one wanted to talk about why, so he turned to another temp.

“She was a deputy assistant temporary bookkeeper, or something, sitting in some sub-basement office with no windows, and I asked her if she knew anything about this and she said, ‘Oh I wondered when someone would ask me,’” he explained.

Most interim execs are in and out of a company in a year. If you’re looking for something more permanent, it looks great on a resume and may help level the playing field. Robert Jordan says 12 percent of the interim leaders he represents are women, and one of them just landed the top job at a big state agency.