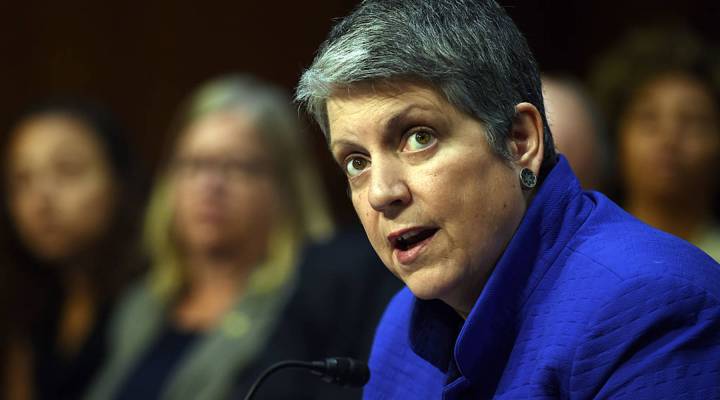 COPY
Janet Napolitano, president of the University of California, speaks during a hearing of the Senate Health, Education, Labor, and Pensions Committee on July 29, 2015 in Washington, DC. Astrid Riecken/Getty Images
Marketplace Tech Blogs

Janet Napolitano, president of the University of California, speaks during a hearing of the Senate Health, Education, Labor, and Pensions Committee on July 29, 2015 in Washington, DC. Astrid Riecken/Getty Images
Listen Now