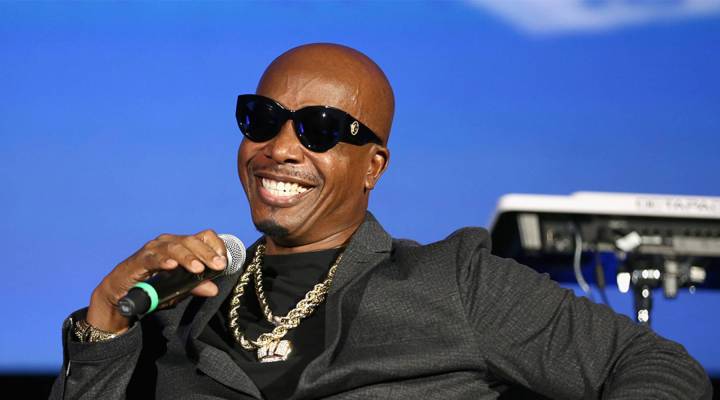 Don your parachute pants, because MC Hammer begins his first major concert tour since 1991 on Saturday.

The lineup for the “Hammer’s House Party” tour includes other notable 90s hip hop acts like Coolio, Sir Mix-a-Lot and Sisqó. Thirty-four-year-old Dondric Joseph, from Houston, Texas, was a huge MC Hammer fan growing up. He even had the action figure. “MC Hammer was kind of like a superhero when I was a kid,” Joseph said.

And, yes, he’s planning to go to the concert. He’s even been watching some of the rehearsal videos Hammer’s posted on Twitter.

Throwback or nostalgia concerts — where bands reunite or singers come out of semi-retirement — are not new. But the latest iteration includes acts from the 90s. Think Vanilla Ice and En Vogue. What concertgoers are buying is a feeling, said Jesse Kirshbaum at the Nue Agency. “They’re paying to go back to where they once were,” Kirshbaum said. “They’re paying to feel like a kid again.”

And for something to put on Instagram. For, you know, bragging rights.

Hammer isn’t the only 90s act back on tour. Last year, the Spice Girls announced they’d be returning to the global stage.

Spice Girls superfan Kassandra Bell says she never got those bragging rights the first time around. “I remember the concert came to our hometown and some of my friends went and I was so jealous,” Bell said. This summer, she’s flying from California to the U.K. to see Scary, Baby, Ginger and Sporty on their reunion tour. Posh won’t be on the tour.

In the age of social media, there is something returning performers have to remember. “You need to bring it. You need to be in great shape,” said Larry Miller, professor of music business at NYU. “The tour needs to be well-rehearsed.”

It doesn’t seem like that’s going to be a problem for MC Hammer, who, by the way, just turned 57.