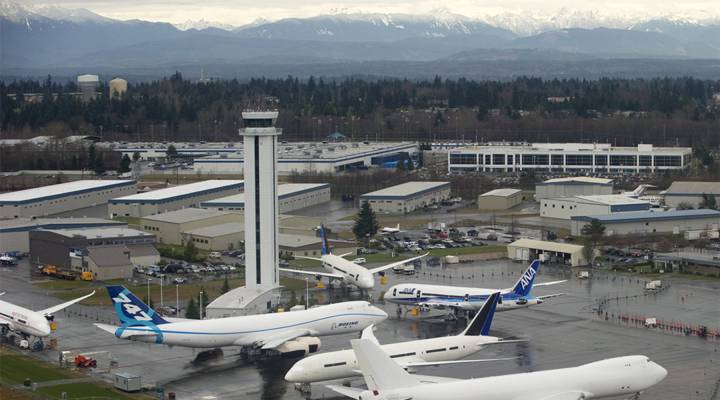 Editor’s note: Marketplace’s Mitchell Hartman is in Seattle. This is the second entry from his reporter’s notebook. Read his first entry here.

SEATTLE – Boeing said Wednesday it had reprogrammed software on its 737 Max to prevent erroneous data from triggering an anti-stall system that faces mounting scrutiny in the wake of two deadly nose-down crashes in the past five months.

“We are going to do everything that we can do to ensure that accidents like these never happen again,” said Mike Sinnett, vice president for product strategy and airplane development.

Boeing is eager to resume deliveries of its grounded 737 Max — inventory is stacking up.

But even as criticism of Boeing’s engineering and business practices mounts, the company is buoyed by a deep well of goodwill in the Puget Sound region, where it employs more than 60,000 workers at massive assembly plants, engineering centers and corporate offices.

Hailey Yourst, now in her mid-20s, started a machinist apprenticeship at Boeing when she finished high school. She worked for the company from 2014 to 2017. “I worked my butt off,” said Yourst. “You could work seven days a week at Boeing, and that’s what I did to get through my apprenticeship. I was one of the youngest ladies to get my journeyman in machining.”

She said she made “ridiculously good money” for a recent high-school graduate: $42 an hour, and up to $88 an hour with overtime and double-time. Yourst was laid off in 2017 when her department was downsized. “I had been there the shortest. Most machinists never leave. It was me or someone who’s had their job for 25 years.”

But within a week of losing her job at Boeing, she landed a machinist job at another aerospace company, making just as much, she said.

Yourst said she loved the training and the work she did at Boeing, and still has friends at the company. But she’s not surprised Boeing’s business and safety practices are coming under scrutiny now. When she worked there, Yourst felt there was insufficient attention to quality control and too much focus on cutting labor costs.

Meanwhile in Washington, the Federal Aviation Administration said it planned to revamp oversight of airplane development after the deadly Boeing crashes raised questions about whether the FAA has gone too far in letting companies regulate themselves. 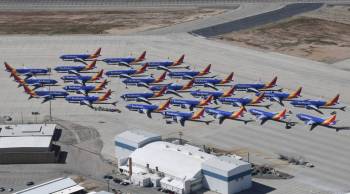