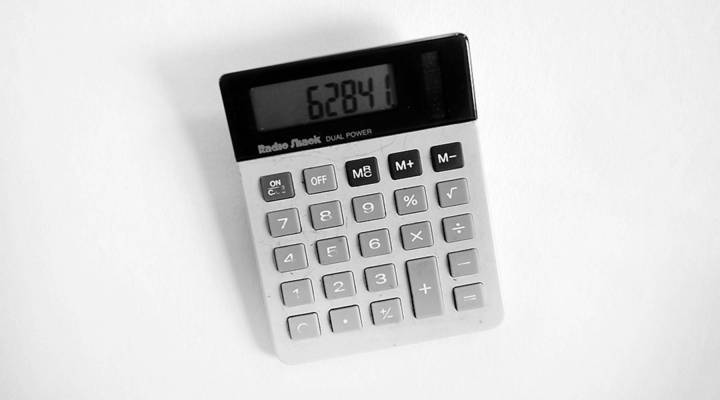 When we talk about the value of a human life, we normally say it’s priceless. Because it is. But at the same time, economists do put a dollar sign on life in a way.  And so does the government. In fact, that’s how many regulations are evaluated – weighing the cost to businesses with the benefit in lives. This is how the U.S. government came to do so.

In 1949, the Soviets tested their first atomic bomb. The U.S. government sprung into action. This was an era ripe with the promise that economics could quantify everything, and the Air Force wanted a cost effective, efficient strategy for a first strike on the Soviet Union should nuclear war break out. It turned to a think tank called Rand, and Rand had an idea.

“Their advice was to fill the skies with numerous cheap propeller planes, not all of which would be carrying atomic weapons,” said Spencer Banzhaf, professor of economics at Georgia State University. “But there would be so many of them that though many would be shot down, enough would get through to strike the targets.”

“The casualty rates would be so high using so many planes and so many decoys, and the Air Force basically asked Rand, ‘Did you think about the lives of all the pilots and crew?’ And they said, ‘Well, no, ’cause we didn’t know how to put a number on that.’ And that did not go over real well.”

That plan was shelved, and for decades after this, government officials and economists inside and outside of Rand wrestled with this problem — how do you put a number value on a human life?

“They said that life is too sacred to value,” recalled Kip Viscusi, a professor of law, economics and management at Vanderbilt University who worked for both the Carter and Reagan administrations.

Economists at times tried to do what courts and insurance companies did — calculate a life’s value based on a person’s average earnings. But Viscusi said this ultimately undervalued lives and wasn’t really appropriate for the types of decisions governments make that usually involve how to prevent deaths through regulation.

In 1982, this question of valuing life made it all the way to the vice president’s desk. Government bureaucracies were fighting over whether a potentially life-saving regulation was worth the cost.

The rule would have required dangerous chemicals in the workplace to be labeled and for companies to keep on hand material safety data sheets indicating what to do if the worker was exposed to the chemical.

Such a regulation would probably save lives and work days lost to injury. But it would cost companies perhaps millions. Was it a good idea? The answer boiled down to how to value the lives that might be saved. One agency, the Occupational Safety and Health Administration, thought it was worth it.  The other, the Office of Management and Budget, did not.

Viscusi was brought in to settle the dispute.

He used an idea called the value of a statistical life from economist named Tom Schelling, whose work was influenced by the debacle decades before over nuclear war plans. Viscusi started by looking for places in the economy where people were forced to make trade-offs between dollars and risk of death. He found them in the workplace.

Some jobs are more dangerous than others, and people are paid to take on that extra level of danger. Arctic fishermen, oil rig workers, loggers — all dangerous jobs, and Viscusi looked at all of them and many more.

“We’ll look at data on hundreds of thousands of workers,” and controlling for education level and skill, “we can isolate how much extra wages workers are paid for those risks,” he said.

Using today’s numbers, they basically find that on average workers earn about $1,000 a year more for taking on a one in 10,000 chance of dying on the job. If you have 10,000 of those workers, “then on average for that group there would be one expected death,” Viscusi explained.

“In total we would be having to pay the workers $10 million for the one expected death that would occur to their group,” Viscusi explained. Ten thousand workers each paid $1,000 gets you $10 million.

That’s what is called the value of a statistical life, and it is the dollar value assigned to a theoretical human life — $10 million when you do this calculation today.

Now, economists admit that people recoil when they hear about this approach.

“People understandably think that it has to do with valuing a specific person’s life,” explained Banzhaf. “We’re not trying to put a dollar value on individual lives. If a 6-year-old girl falls down a well, we’re not gonna ask, ‘How much is she worth? Is she worth 10 million, 20 million?’ We’re just gonna get her out.”

But we do put a value on risks to life — we pay for safety features, we demand more for dangerous work. So the value of a statistical life is technically a measure of the value of risk, and it lets you compare the cost of a regulation in dollars to the benefit in probable lives saved.

That regulation back in the ’80s about labeling hazardous chemicals — it went ahead. The savings in lives and prevented injuries and lost days at work, all together, were worth the cost to businesses.

So the value of statistical life is basically a way to value a life without actually valuing life itself. 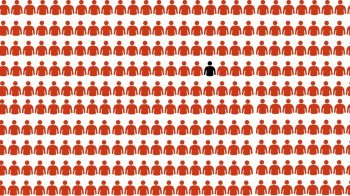