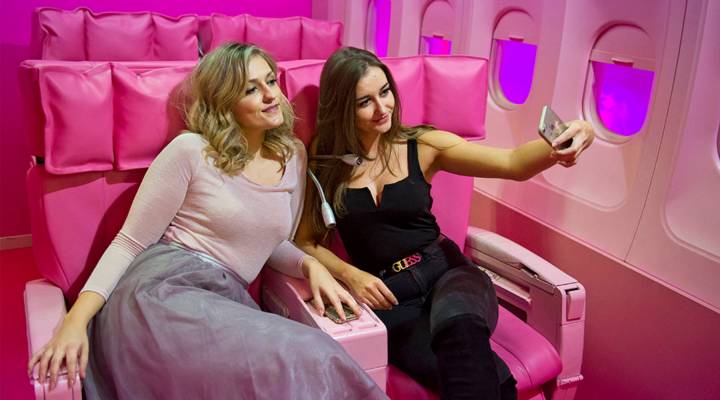 Monica Hueckel and her two best friends live in Columbus, Ohio, and do just about everything together. “We’re all really close,” she said. “We meet to get our nails done. We meet sometimes to workout. We meet to go shopping. And we meet to go get our Botox.”

Hueckel and her friends are in their mid-30s. “We wanted to start young enough that people may never really notice that we got anything done, and it is just sort of part of our beauty routine that we go through,” she said, adding that she spends around $1000 a year to stave off creases. For Heuckel, cosmetic procedures are a cost of living. “It’s kind of, you know, exactly like an electric payment or a car payment, rent payment,” she said.

That kind of thinking has helped fuel a Botox boom among people who have come of age at the same time as the selfie. According to industry figures from the American Academy of Facial Plastic and Reconstructive Surgery, the injections administered to 18 to 37-year-olds have increased more than 20 percent in the past five years.

Botox entered the aesthetic market 17 years ago as a means of getting rid of crows feet, frown lines and other wrinkles, without going under the knife. For years, manufacturer Allergan marketed Botox to doctors like dermatologists and plastic surgeons, who then introduced it to their patients, predominantly women in their late 40s and 50s.

But as the industry has grown and expanded to include a wide range of treatments — including injectable fillers like Juvederm, Restlayne and Belotero — companies like Allergan have started targeting consumers directly. And they’re setting their sights on much younger women.

Carrie Strom, Allergan’s vice president for medical aesthetics, described Botox as “the gateway to all aesthetics”. Strom says about half of millennials who get Botox also get fillers, which can enhance cheeks, plump up lips and fill out creases. To reach the other half, Allergan is tripling its marketing budget to $150 million and paying social media influencers to promote the products.

“We really want to make Juvederm a verb,” Strom said. Like it’s used in this ad:

Alex Blinski runs Plump, an injectable bar in New York City, where either “East Coast” or “West Coast” lips can be had for $675, a “Goodbye Gummy” smile is available for $275 and “Instaready Cheeks” go for just over $1,000.

“People are on Instagram and on their phones all day long and they’re sending each other pictures all the time,” said Blinski, 36. “I’ve done some fillers and I’ve done a little fat melting under my chin. It makes me feel better about myself. I mean, that’s what this is all about,” he said.

Blinski, an internist, left his job at an urgent care clinic four years ago to open Plump. Some doctors are working injectables into their practice. Anne Taylor, an Ohio-based plastic surgeon, used to turn away women in their 20s and 30s. In the past few years, they’ve come to represent 20 percent of her business. She’s even given her daughters Botox and fillers. “My views have evolved; like, OK, this is what they do,” she said.

And there’s a growing industry to help them do it. Medical spas, which offer everything from fillers to Botox to laser treatments, became a nearly a $4 billion industry, according to the American Med Spa Association in 2017.

That kind of growth has brought with it more risk, according to Phillip Langsdon, a plastic surgeon and president of of the American Academy of Facial Plastic and Reconstructive Surgery. “We have independent, non-medical people opening up spas across the country and there’s no way that we can control the marketplace,” he said.