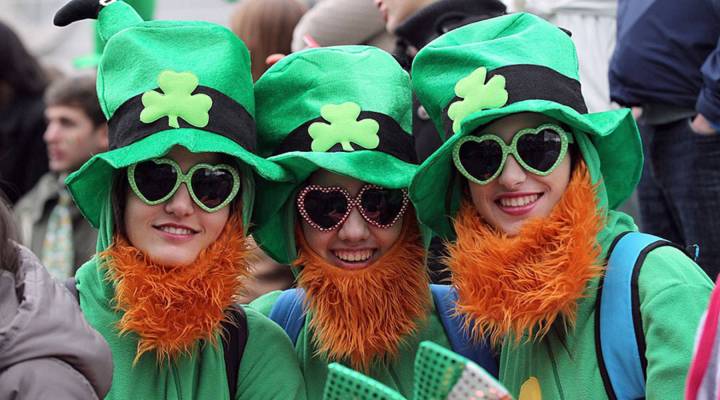 Grab yourself a pint of Guinness and a shot of Jameson — St. Patrick’s Day is on the horizon.

The annual holiday brings in troves of beer drinkers and enthusiasts alike to local pubs around the world, including Doyle’s Cafe in Boston. First opened in 1882, the bar has grown from a one-room establishment to a three-room bar. St. Patrick’s Day is such a popular holiday for the bar, it won’t be taking reservations for Sunday because revelers will “fill the joint,” according to Chester Smith, a maitre d’ at Doyle’s.

Bars and restaurants across the country will be celebrating St. Patrick’s Day, from hosting Guinness glass engraving events to celebrating the holiday with … tiki drinks?

No matter how you’re spending the holiday, how about we do the numbers, again, on St. Patrick’s’ Day?

American consumers are expected to spend $5.6 billion on the holiday — approximately $40.1 per person — lower than last year’s record-breaking spending of $5.9 billion. Americans will spend money on items such as food, beverages and apparel.

Who plans to celebrate? Seventy-two percent of 18- to 34-year-olds, 56 percent of 25- to 54-year-olds, and 41 percent of those 55 and older, according to a survey by the National Retail Federation.

If you’re braving the crowds this holiday, do you plan on drinking? If so, how much? According to  the Centers for Disease Control and Prevention, excessive drinking cost the United States $249 billion in 2010. Lost workplace productivity accounted for 72 percent of the total cost, while health care, criminal justice expenses and losses from car crashes account for the rest.

More than 32 million Americans claim Irish ancestry. Broken down, the largest populations of Irish-Americans reside in New Hampshire and Massachusetts as of 2015.

Greeting card company Hallmark expects to sell about 7 million St. Patrick’s Day-themed cards. The holiday ranks as the ninth-largest card-sending holiday in the United States, according to the Greeting Card Association.

St. Patrick’s Day is a holiday heavily associated with green novelty items, including disposable top hats and beads. In an effort to reduce waste, Dublin’s Irish Emigration Museum, the EPIC, is celebrating St. Plastics Day, where the museum will give visitors one free ticket to the museum in exchange for hats, glasses, beards and other festive items. The museum will then recycle the items and donate proceeds to ReCreate, an organization who reuses products from local businesses.

And you can’t have a party without music. Every year as the holiday approaches, Irish artists on YouTube experience a spike in views. According to data from 2018, songs from Irish folk band The Dubliners receive a 1,504 percent rise in views, while Celtic punk band Flogging Molly receives a 1,460 percent bump.

If you’re hungry for more, check out the other numbers we crunched last year. 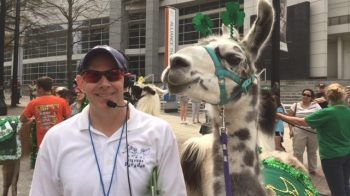