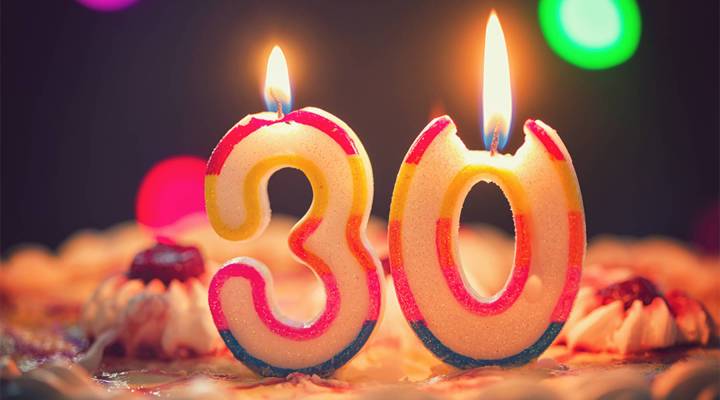 Thirty years ago this month, computer scientist and engineer Tim Berners-Lee wrote a proposal for how to link lots of information across lots of computers. That proposal for a global network of information eventually became the World Wide Web, and by most accounts made the world a better place. But these days the vision is looking a little ragged. Some believe the web is even on the verge of splintering into multiple internets, depending on where or how you get online. Host Molly Wood talked with Zeynep Tufekci, an associate professor at the University of North Carolina who studies emerging technology and society. The following is an edited transcript of their conversation.

Molly Wood: What is the state of the web, from your perspective, right now?

Zeynep Tufekci: I would say it’s at a turning point. It was built for a very different kind of vision. It was built as a small network. The next 30 years will be about: How do we adjust course so we can keep all the magic but also deal with the real challenges of having this global kind of connectivity?

Wood: One of the conversations that we are starting to have about this turning point is that it might not remain totally universal, that there might be a “splinternet” or a balkanization. How possible do you think that is?

Tufekci: I think that’s absolutely possible, and in some areas, it’s kind of happened. The example people give is China, which has the so-called Great Firewall, which has a very different ecology than most places where the internet is. Also, for a lot of people, Facebook is the internet. For a lot of young people, YouTube is the internet. There’s many ways in which the internet is splintering into different modalities of use. There are different questions for each of these, in terms of how do we connect, how do we reconnect and what are the laws, rules, ethics and norms that govern each one. What does it mean for us?

Wood: If multiple walled gardens spring up in that way, what are the implications, broadly, for free speech, global commerce or any of the things that the World Wide Web has brought so far?

Tufekci: One of the big implications is that we’re splintering in our information, too. There are so many ways in which, if you’re on Facebook, you’re seeing one thing and your neighbor is seeing something totally different, even though it’s within the same walled garden. You have a very different experience of what’s going on. The splinter that we see is tearing us, pulling us centrifugally in all sorts of different directions, without creating mechanisms that would also help us come back together when we want to. That, I think, is a problem we’re seeing all over the world.

Wood: How do we preserve those original ideals?

Tufekci: One of the things I think about the open web and that kind of connectivity is that we need the safety, security and privacy assurances and structures and institutions. It’s really time for the people we did elect, our legislatures around the world, to step up and say, “Wait. There’s all these decisions to be made that are of public interest. They’re not just about a few companies and a few things. There are very important principles and public interests at stake.” It needs to happen in the U.S. and in other places, too, and it needs to happen in a coordinated fashion. We have the Universal Declaration of Human Rights. You can just start from documents like that and say, “What does this mean for how we design the web?”

Wood: Zeynep Tufekci, I would totally vote for you for Web U.N.

Tufekci: Thank you. And thank you for your vote!

He founded the World Wide Web Foundation to promote a free and open web for the half of the world that isn’t yet online and improve it for the ones who are.

He also founded a project called Solid, a platform that would ideally let people own and control their own data by basically creating little digital pods of information. Then developers can build apps that access that data with the user’s permission.

That’s something Democratic presidential candidate Elizabeth Warren also brought up last week in a Medium post that’s worth a read. It’s also surprisingly techie. She even threw in a dis at Microsoft Bing.

Everyone acknowledges that trying to turn the big, huge, profitable, increasingly centralized ship that is the web as we know it is a major undertaking. No one’s quite sure how to pull it off yet, other than the United Nations for the Web (which should totally happen).

What do you think? Are you worried about the future of the web or interested in running for Web U.N.? Email us at mptech@marketplace.org.