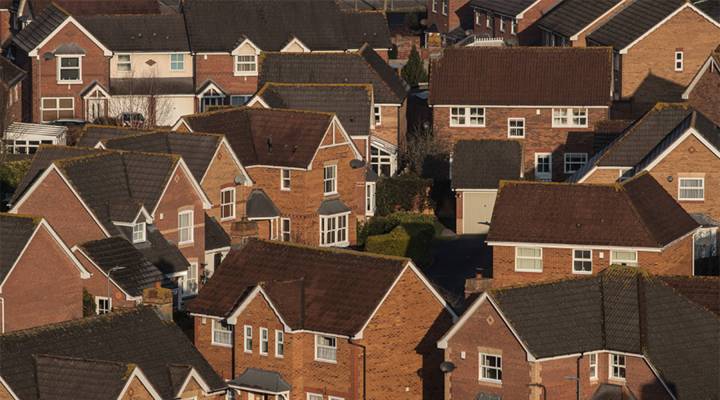 If you own a home, or want to own one, chances are you’ve spent some time with one of the many apps that estimate home values. As real estate prices have risen in recent years, watching one’s equity grow — at least on paper — has become something of a national pastime. Some would call it an obsession.

“I check my Zestimate way more than my 401(k),” said Bradley Reed, a homeowner in Cleveland, referring to Zillow’s proprietary tool.

“On a slow week, I might check it every other day,” said Krista Burns in Doylestown, Ohio.

“It does make me think, ‘OK, I’ve got this asset that’s gaining value more quickly than I thought,’” said Steve Goetzinger, of Durham, North Carolina.

Trouble is, those numbers can really do a number on you.

When David Romer and Amber Wilson started looking for a new house in Denver last fall, they got hooked on the Zillow app.

“It was pretty much a daily thing, we would both be checking on it,” Romer said.

They weren’t just shopping. They were selling a 1927 three-bedroom bungalow. When they put it on the market last October, the Zestimate was $550,000. After talking with their broker, they bumped the asking price to $560,000.

“The day we put our house on the market, it seemed like the market slowed to a creeping halt,” Wilson said. Two months later, with winter here and interest rates rising, they sold their bungalow for $480,000.

Therein lies the problem with all the online estimators out there. Even with sophisticated algorithms and tons of data — on bedrooms and baths and square footage and comparable sales and taxes — the best they can do is still a guess. They can’t predict a sudden turn in the market, say, or capture the way the afternoon light fills your living room.

“The Zestimate is not ‘ze price,’” said Skylar Olsen, director of economic research and outreach at Zillow. “It’s not ‘zappraisal,’ but it’s a great starting place.” A typical Zestimate comes within plus or minus 4.5 percent of the ultimate sale price, she said. On a $400,000 home, that’s give or take $18,000. Trulia, which is owned by Zillow but uses its own models, has a slightly lower accuracy rate (the typical estimate comes within 5.3 percent of the sale price). Competitor Redfin’s is higher, 1.77 percent, but only for homes that are on the market.

The accuracy stakes are so high that Zillow just awarded a $1 million prize to a team of data scientists who were able to lower its error rate by half a percentage point.

“But right now, and for a while yet, we still live in a world where a person who can walk into your home … will have a much better idea about how your sale price will differ from the Zestimate,” Olsen said.

“I would say most realtors have a love-hate relationship with all of those estimating tools that are online,” she said. Technology has given people a lot more information, and that’s great, Ciancio said, but too often they get attached to unrealistic expectations. She recently worked with a couple selling a house in a pricey neighborhood but on a busy street. “Their Zestimate was $100,000 higher than the market value that I discussed with them, and it was difficult for them to understand,” she said.

Getting that asking price wrong can have real consequences.

“Statistics show that if you overprice your home and take even one price reduction, the final price that you will settle for is usually 5-7 percent lower than you would have gotten if you had priced the home properly to begin with,” Ciancio said, citing sales data from the multiple listing service REcolorado.

Though David Romer and Amber Wilson got less than they wanted for their old house, they said got a good deal on the new one, a four-bedroom ranch they bought for $469,000. Sitting by the fire on a recent evening, Romer dared to pull up the old app on his phone.

“Yay, winning,” Wilson said, relieved. Even though they were well aware how off that number can be, for the moment they could feel a little richer.