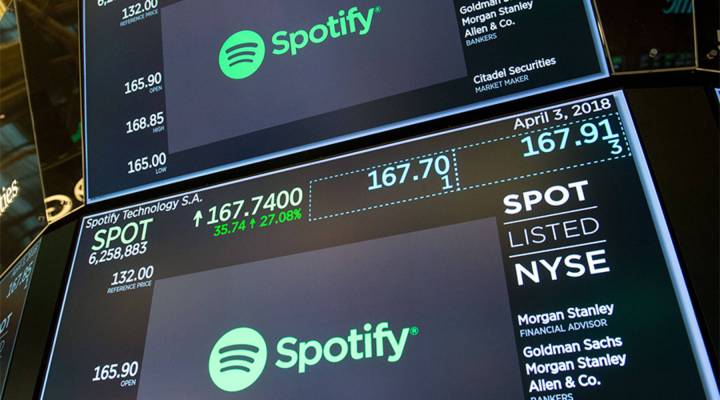 The Wall Street Journal reports that Slack, the popular workplace messaging service, is planning to go public via a direct listing instead of a traditional initial public offering. The company would be following in the footsteps of Spotify, which also bypassed the IPO underwriting process when it went public last spring.

Usually, when a company is about to make a stock exchange debut with a traditional IPO, there are many people involved. It takes a huge team of  investment bankers and analysts. It costs the company a lot of money, but it provides stability to the public offering.

“By using an underwritten process, the underwriter can often get information about how much the securities will be priced, and it can reduce the amount of volatility that occurs in the first trading day,” said Kathleen Weiss Hanley, finance professor at Lehigh University.

Then there’s a direct listing. That’s when a company bypasses the whole IPO process and starts directly trading existing shares. It can be risky. Without established investors built into the offering, companies are more exposed to volatility. Plus, “no company wants to have to go through the education process of doing something for the first time and getting investors used to it,” said Jay Ritter, finance professor at the University of Florida. He said although it’s unusual for large companies to do a direct listing, “Spotify did that, and it’s widely viewed as quite successful.”

That’s opened it up for companies like Slack to try a direct listing, building on their cash reserves and established brand, all without paying fees to investment banks. It can also provide a quicker sense of the true market value of the company. Joseph Grundfest teaches corporate governance at Stanford Law School and is former commissioner at the Securities and Exchange Commission. He said if direct offerings become more common, “I think we may actually see a major sea change in the relationship between issuing companies and traditional investment banks.”

And that could be the latest tech disruption.