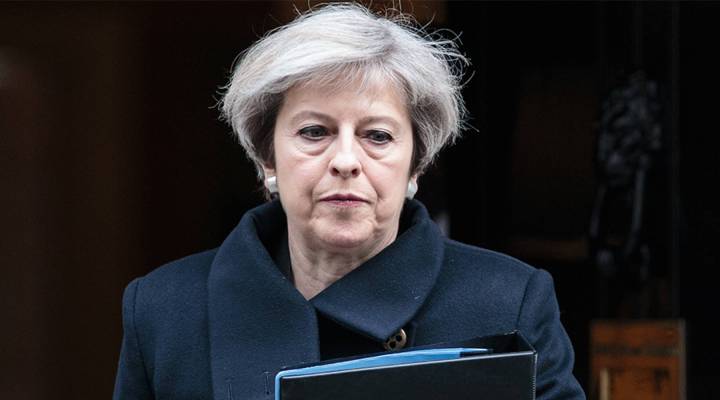 Britain’s beleaguered Prime Minister Theresa May is facing another Brexit ordeal in parliament. On Jan. 15 she will try again to win the support of British lawmakers for her deal laying out the terms of  the U.K.’s  departure from the bloc. Prime Minister May abandoned a vote on the highly unpopular deal just before Christmas, because she calculated that she wasn’t going to get enough lawmakers in the House of Commons to support it. Not much has changed since then, so she still faces a titanic struggle. And if she fails, Britain faces the prospect of leaving the European Union within three months without a deal. That could mean major new barriers to trade — like tariffs and border checks — between the U.K. and its largest trading partner, Europe.

Nevertheless, opposition to the Prime Minister’s deal is widespread.

Many Brexit supporters — aka Brexiteers — who voted to leave the European Union in the referendum two and a half years ago, feel particularly aggrieved.

“Theresa May is a Remainer. She wants to stay in the EU and she’s trying to pretend that she’s delivered Brexit but really she’s kept us well and truly embedded  in the European Union,” Bob Bennet told Marketplace while protesting against May’s deal outside parliament this week.

“Let’s just get out. We voted for Brexit. I want my Brexit!” Bennet said.

Many Brexiteers fear that May’s deal will trap the U.K. permanently in a customs union with the EU. The U.K. won’t be able to forge its own free trade deals with countries like the U.S. or set its own tariffs. It won’t be allowed to pull out of the arrangement without the EU’s agreement. And in order to prevent border checks between the British province of Northern Ireland and the Irish Republic, which remains a member of the European Union, Northern Ireland will be required to stay more closely bound by EU rules than the rest of the U.K. This, the critics say, drives a wedge between the U.K. and a part of its sovereign territory. Adding insult to injury, claim the Brexiteers, Britain will have to pay an exit fee of some $50 billion to the EU just for the privilege of leaving the bloc.

Staunch Remainers also oppose the deal. They argue that Britain would be much better off staying in the EU. Former Conservative Party lawmaker Ben Gummer described Tuesday’s vote as fateful.

“I think it’s unique in modern parliamentary history because members of parliament are being asked to make the country and their constituents permanently poorer and less secure,” he said.

Remainer and Brexiteer lawmakers seem likely to unite in parliament and vote down May’s deal. But that, the Prime Minister has warned, could result in Britain leaving the EU at the end of March without any deal at all.

In fact, Britain has already begun preparing for a no-deal outcome, allocating more than $2 billion for that scenario; training hundreds more border staff; sending information packs to thousands of exporting businesses around Britain and pumping out public service ads on the radio.

The EU has been preparing for a no-deal scenario too.

“Very quietly, the European Union has been passing all sorts of directives designed to smooth the UK’s passage out of the EU in the event of  no-deal,” said Brexiteer and Conservative Party lawmaker Michael Fabricant.

“Air travel and road transportation between Britain and the EU, for example, will continue and there’s a whole raft of other no-deal mitigation measures in the pipeline. It was always obvious this was going to happen because it’s not just the United Kingdom that needs the EU as a trading partner. The EU needs the United Kingdom, too,” Fabricant said, pointing out that the U.K. is the largest export market for German cars and for French wine. “The Brits drink more champagne than the French!” he said.

Fabricant believes that a no-deal outcome would not be anything like as damaging as Remainers imagine.

Remainers  protesting outside parliament were not buying that. They’re convinced that no-deal would be a disaster. But they don’t think lawmakers will let it happen and they believe the preparations are a ploy.

“It’s to try and frighten the Remainers to vote for May’s deal by saying: ‘you can either have May’s deal and have one leg chopped off. Or, you can have no deal and have both legs chopped off.’  What kind of choice is that?” demanded protester Helen Searby. She deplores the expenditure on no-deal planning.

“I mean millions and millions are being wasted on that when that money could be going on our hospitals and our schools. It’s an absolute crime,” Searby said, breaking off from the interview with Marketplace to shout at the top of her voice “Stop Brexit!”

While Remainers and Brexiteers waved their banners and shouted their slogans outside parliament this week an evangelical Christian turned up to take advantage of the crowd and put his own message into the mix. Over a megaphone he intoned:

Given the turmoil, confusion and parliamentary paralysis, many people of all faiths and none might agree with the sentiment: God help Britain!

Brexit stands to hurt the rest of the EU, too