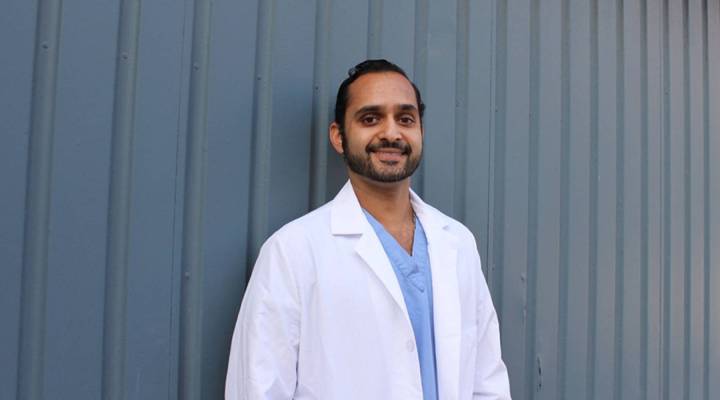 How to be an emergency room doctor

COPY
Zahir Basrai is an emergency room physician in Los Angeles.  Zahir Basrai
How to be a...

How to be an emergency room doctor

My name is Zahir Basrai, and I’m an emergency medicine physician practicing in Los Angeles.

As a kid, I remember watching the show “ER” with George Clooney, that was kind of my first introduction to [working in an] emergency room. As a pre-medical student, I was lucky enough to shadow an emergency medicine physician, and it was at that time that I was first introduced to the energetic, chaotic, amazing environment that is an emergency department.

There are a couple of things that you need to have in order to be a good emergency medicine physician. One of them is the ability to multitask. It’s something that’s acquired after years of training. But the idea is you’re seeing as many patients as possible as quickly as possible, and during that time, you’re constantly being interrupted by nurses or by texts, and then you have to be able to bring yourself back and kind of refocus and reprioritize what needs to happen in your emergency department to make things flow.

I think grit is a really important thing as well. Emotionally, you sometimes have to deliver really hard news to families, and you have to be able to compartmentalize this in order to be able to step out of those emotional situations and be able to resume the practice and handle the demands of the department.