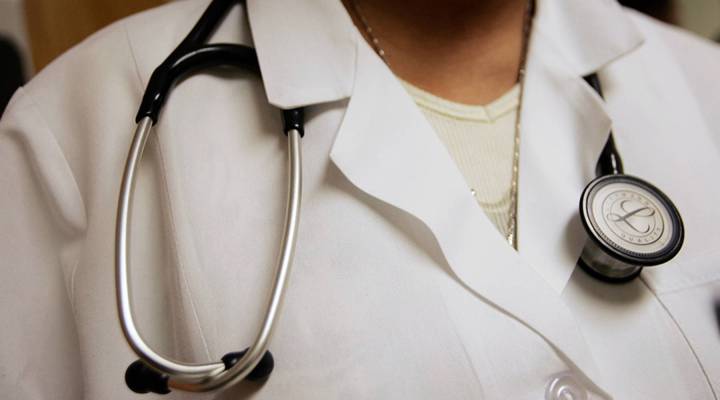 Wait times in emergency rooms are often extremely high, partly because so many people use the emergency room as their regular doctor’s office. And that can be expensive. A study from the Network for Excellence in Health Innovation found that overuse of emergency rooms by people seeking routine care leads to $38 billion in excess spending each year.  One hospital dealing with this is New York-Presbyterian in Manhattan, where at least 30 percent of ER visitors are there for nonurgent medical issues, like a rash or cold. Now for those less serious cases, the hospital is offering patients a chance to see a doctor via telescreen. It’s one of several new digital programs the hospital is offering.

In a telemedicine visit, Sharma said that checkout time is eliminated. But getting patients through quickly and safely means that getting that initial triage right is going to be critical. Sharma said it’s worked with the patients so far. One who has tried it out is Dwayne Grayman, an actor who lives in Harlem.

“I’ve auditioned on screen, so it wasn’t foreign in that sense,” Grayman said. “It was foreign as far as health care is concerned.”

Grayman went to the emergency room to have stitches removed by a physician assistant. The process was guided by a doctor on a telescreen.

“They didn’t leave me out of the conversation,” Grayman said. “It felt like we were all there, in the same room.”

But the practice of talking with a patient only through a screen makes some doctors nervous. Bob Wachter, who wrote the book “The Digital Doctor,” and, perhaps unsurprisingly, is generally in favor of telemedicine, gets that.

“There’s always a part of us that says, you know, how can this possibly be right?” Wachter said. “Although these days telemedicine has become advanced enough that I can actually listen to someone’s heart, I can’t really feel their belly. I can’t feel their joints. I can’t look at their face while I’m doing that.”

But Wachter said that doctors might overrate how important that is, and that in some ways, it happens because both parties are just used to it happening. And he said the emergency room creates an environment that nudges doctors toward ordering more tests than needed.

“If you’re an emergency medicine doctor, your brain is set to looking for danger,” Wachter said. “Whereas if you saw exactly the same patient in your office … in sort of a calmer circumstance with less hubbub, if the patient has what sounds like a pretty benign complaint, you’re not going to be as likely to get the blood test, to get the CAT scan, to get the MRI scan.”

The hospital charges the same for an in-person visit with doctor at the ER as for one on a screen. And while you may not be accustomed to talking to a screen while you’re at the doctor’s office, Dr. Peter Greenwald at New York-Presbyterian said that it has benefits.

“Patients have seemed to have an easier time talking to me about things that are uncomfortable to talk about,” Greenwald said about the telescreen. During a visit with a college student who was also homeless, he said they ended up talking about career choices.

“I don’t think I’ve ever had a conversation like that with a patient. I think he felt comfortable in front of the screen,” Greenwald said. “And it allowed him to open up in a way that wouldn’t have happened in person.”

New York-Presbyterian is now expanding the program, and it’s training more of its doctors in what it calls “webside manner.”