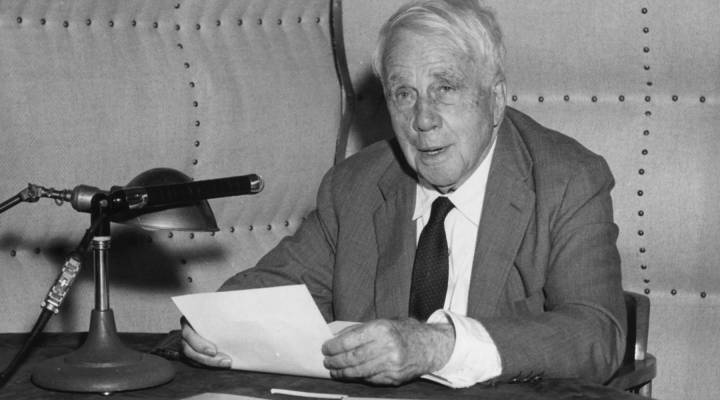 For the first time in more than two decades, an entire year’s worth of copyrighted works will enter the public domain.

All music, literature and films released in 1923 will be freely available for you to adapt, remix and reuse as you see fit starting Jan. 1.

They include Cecil B. DeMille’s “The Ten Commandments” and Robert Frost’s “Stopping by Woods on a Snowy Evening,” along with works from Aldous Huxley and Edith Wharton.

You can also expect Google Books to offer the full text of books from that period and the Internet Archive to add 1923 works to its online library.

A movie poster for the 1923 film “The Ten Commandments.”

“Anybody with an internet connection can access that work, and that’s going to be really exciting,” said Jennifer Jenkins, the director of Duke University’s Center for the Study of the Public Domain.

Why the long gap? Published material from 1923 was supposed to enter the public domain back in 1999. But in 1998, Congress passed a bill that extended copyright protections for 20 years.

“Had that law not been passed, next year we’d be looking at works from 1943 — works from World War II, which are really important to a lot of historians and a lot of students,” Jenkins said.

In 1976, Congress passed a new copyright law that meant works published between 1922 and 1977 would be protected for 75 years.

But studios like Disney lobbied in favor of the Copyright Term Extension Act of 1998, or the Sonny Bono Act, which gave them another 20 years of protection. That’s why we’ll see the release of 1923 works in the new year. (You can see a full range of copyright terms here.)

Disney’s classic “Steamboat Willie” was released in 1928 and would’ve entered public domain in 2004.

Because of Disney’s push for this extension, the law is also derisively known as the “Mickey Mouse Protection Act,” but Duke’s Jenkins said she doesn’t think that’s entirely fair.

“They were part of a much larger group of copyright holders of older works,” she said.

“If you think about it, their friend, their colleague and a wonderful musician had just tragically died way before his time. And Sonny Bono had been in favor of perpetual copyright. So that’s part of what was going on,” Jenkins said. “Another part of what was going on is Congress didn’t really have the full story of the cost and benefits of term extension in front of them at the time.”

Just because all works from 1923 will be legally available, doesn’t mean it’ll be easy to find some of them.

“The term has been so long that many of them have literally disintegrated,” Jenkins said.

And giving creators an extra 20 years of copyright protection doesn’t necessarily provide them with an extra incentive to create great work, she said.

“Think of everything from the ’60s and early ’70s. All the great books, all the great movies, all the music,” Jenkins added, pointing out that the copyright term limit from that time period was 56 years.

Jenkins noted that a Congressional Research Service study indicates only 2 percent of works between 55 and 75 years old retain commercial value.

“In hindsight, the term extension from 1998 was economically irrational,” she said. “The longer term is just out of sync with how long people are actually able to reap the benefits of work.”

Because of the way copyright law used to work, there’s material from 1923 that might already be in the public domain.

“It’s just that we can’t figure that out without tedious research,” Jenkins said, which is why the term expiration Jan. 1 guarantees that all of that year’s work will be free to use.

The future of term limits

Studios might not like losing their copyrights, but Jenkins and entertainment lawyer Larry Zerner don’t think they’ll get anymore extensions.

The film version of “The Wizard of Oz” will enter the public domain in a couple of decades.

“When the extension happened 20 years ago, there was a fight to stop it … but people were not as focused on it,” Zerner said. “I think that now there would be an uproar if copyright went longer than 95 years.”

A new batch of works after 1923 will continue entering the public domain each new year. So in 2020, you should be able to freely use published material from 1924, and so on.

“We do hip-hop Shakespeare and modern-day Shakespeare. It’s all in the public domain. You can do what you want,” Zerner said. “And that, I think, makes us richer as an artistic society — that we take these things and build on them.”

Over the next couple of decades, you’re going to see films like “Gone With the Wind,” “The Wizard of Oz,” “Casablanca” and “Citizen Kane,” along with comic book characters like Batman and Superman, entering the public domain, Zerner pointed out.

“We are now living in a new world starting Jan 1. The clock is ticking,” he said.