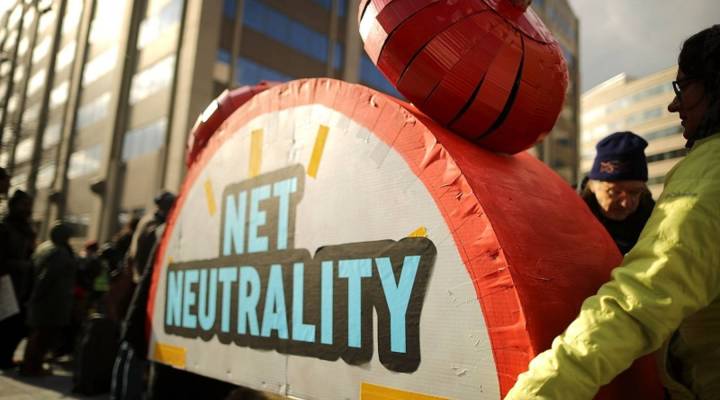 It’s been almost six months since the Federal Communications Commission repealed net neutrality rules. Today is the deadline for the House of Representatives to overturn that decision, although no one expects that to happen. What has the repeal meant for ordinary people? Well, according to some researchers, it’s meant wireless carriers potentially slowing down your video streams. Molly Wood talked with David Choffnes, assistant professor of computer and information science at Northeastern University. He’s the author of one study. The following is an edited transcript of their conversation.

Molly Wood: Got it. And is this something you’ve studied in the past? That is, do you know if it’s a change in the way that traffic is treated?

Choffnes: Sure. We first saw instances of various network providers interfering with in terms of slowing down — or in some cases changing — content that was being sent over the network. We identified this in early 2015, and then we found after the FCC’s Open Internet Order during the Obama administration took effect, that all that behavior changed. They essentially stopped any of these policies in response — what we assume is in response — to these rules.

Wood: And then based on the period of time that just happened to be when the FCC’s Open Internet Order was in effect, when there was not this much traffic manipulation, is it your sense that it’s maybe not technically necessary? Like the argument often that you hear from carriers is this is necessary data optimization to protect our networks.

Choffnes: Exactly. And to be clear, I am not opposed to network providers managing their network. That’s something that is going to happen. If the demand on the network exceeds capacity, then someone’s not going to get everything that they want. That said, there was a period of time when we detected no throttling from any of the major carriers in 2015. They didn’t seem to fall apart. And then we can look to other countries. So in Europe, net neutrality is the law. We’ve done a lot of measurements in France because we’ve partnered with their telecom regulator, ARCEP, to provide these auditing measurements to check whether [internet service providers] in France are compliant with the law. And so far we found that they all are, and I’ve heard no accounts of cell networks being so overloaded that they’re unusable in France. So we certainly have at least some evidence that networks can run just fine under loads from video traffic without needing to do throttling.

Note: We asked the four big wireless carriers for a response. Sprint denied throttling. AT&T and Verizon pointed us to a statement from the wireless industry trade association, the CTIA. That post says the team’s research was flawed. Three Democratic senators have also asked the companies to respond to the research.