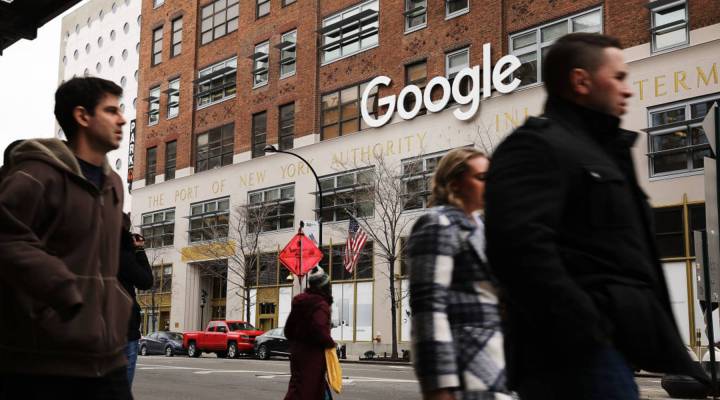 The news that Amazon is considering bringing 25,000 workers to New York City as part of its expansion has some critics worried about further straining the city’s threadbare infrastructure.

Now, Google is reportedly considering its own expansion in downtown Manhattan, and could bring in over 12,000 new workers.

This is also a city with an ailing transit system that’s struggling to meet demand, said Carol Alexander, a coffee vendor.

Terry Zhang, a software engineer at Amazon, said if Google and his employer bring in too many tech workers, the city could become too homogeneous.

“Just all tech bros around the entire city,” he said. “Overall the culture will be less diverse and you’ll just see a single-faceted culture.”

Douglas Rushkoff, the author of “Throwing Rocks at the Google Bus”, has a different concern. He says New York runs the risk of simply imitating Silicon Valley, instead of developing on its own.

“The genuinely missed opportunity here is for New York to have really developed its own technology culture,” he said.

Still, Rushkoff says New York’s economy is too diverse for any one sector to change its culture.