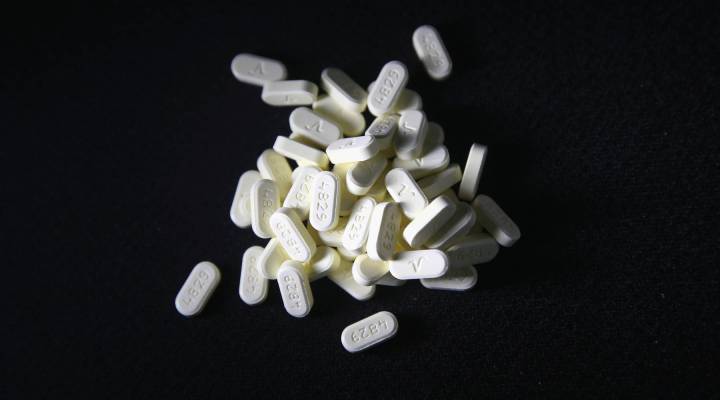 The opioid crisis has put a spotlight on physician prescribing practices, especially since studies show a quarter of chronic pain patients misuse opioids. One startup in Nashville has become a sort of watchdog for health insurers who spend far more when a patient is abusing opioids.

Physicians who seem to be over-prescribing painkillers or working with addicted patients may now get a tap on the shoulder from Axial, which has contracts with big insurers in high opioid abuse states like Tennessee, Alabama, Pennsylvania and West Virginia.

The company has a trove of claims data on 100 million patients. Sophisticated algorithms identify problem prescribers and even patients at risk of overdose, suicide or having a baby born in withdrawal.

“In fairness to the practitioners, they just do not know what they don’t know,” Donahue said. Axial sees what prescribers may not since electronic health records still don’t travel well from one office to another and government databases for reporting opioid prescriptions don’t always get updated in a timely way.

Maybe a patient never told their pain doctor they also have a prescription for anxiety medication — a potentially deadly combination. Or perhaps they’re going to the emergency room regularly for pain pills and still coming in for their monthly opioid refill. And some doctors just may not appreciate how frequently they go above dosage guidelines.

But since this is such a delicate issue with doctors, Axial hired a pharmacist to initiate those chats who — herself — is in recovery from opioid abuse.

Nancy Hooper’s past is no secret around Axial’s trendy office in a converted warehouse, with stand-up desks and beer on tap in the break room. After a few goodbyes on a recent afternoon, Hooper heads out to her weekly meeting with other pharmacists who’ve struggled with substance abuse.

Alcohol was the problem in college. But then her career path introduced her to more powerful drugs. So she began sneaking painkillers intended to be destroyed. When that wasn’t enough, she forged prescriptions for herself. She realized she was in trouble and tried to quit many times.

“I would go back into work and be withdrawing, and it was right there,” she said.

Eventually, she was caught.

“Five years ago, I was sitting in jail,” she said. “Life as I knew it was over.”

But she bounced back after a few months behind bars. It was a long process, but Hooper was able to reinstate her pharmacist license. Still, it became clear handling the pills that nearly ruined her life might not work long term.

“When I first counted out some Percocet, my hand is shaking. I felt like was doing something wrong,” she said.

Then she recalled a jovial guy who offered her a job years before, just as she was completing drug court. She had shared her story as part of an opioid forum.

“I think I came right up on stage and gave you a hug,” Donahue said, sitting across a conference table from Hooper.

He says he knew Hooper’s background could be a secret weapon for his new company. The sensitive data needed a messenger, someone to break the news in a constructive way.

“Having a peer, personalized experience of this nature with Nancy’s journey and Nancy’s professional experiences, is unmatched in its impact on the ability to change behavior,” Donahue said.

Hooper leads a team that contacts prescribers. She doesn’t always share her recovery story, but it’s there when needed.

“They’re like, ‘well you just don’t understand how hard it is for these patients to come off this medication.’ Then I can say, ‘actually, I do.'”

Touchy conversations all around

Hooper says the phone calls are often initially met with resistance and excuses, since many times the prescribers in question didn’t start the patients on opioids.

“I hear the ‘I’ve inherited these patients’ a lot. ‘I didn’t get them in this mess. Somebody else did. I’m just trying to do the best that I can to take care of them now.’ So I do hear that a lot,” she said.

But with the right explanation, the information can change behavior.

“Sometimes it does take another pair of eyes to kind of redirect your thinking for that particular patient,” said Erin Galloway, a physician assistant whose former pain clinic in Nashville was red-flagged by Axial. She got a call from Hooper, and that touchy conversation led some prescribers in the practice to lower dosages and get some patients off opioids altogether. But Galloway says that triggers another difficult exchange — with a patient.

“I always kind of lead with, ‘I know your No. 1 priority is pain relief. My No. 1 priority is your safety,’ and so we have to meet in the middle,” she said. “And I am always going to win on the side of safety.”

Lives are on the line, but so are bottom lines. The opioid crisis is estimated to cost $500 billion a year. And insurers pay out an extra $10,000 and $20,000 a year when someone is actively abusing painkillers.