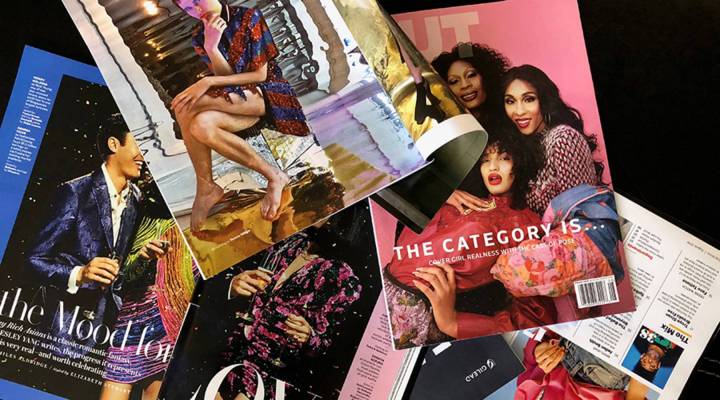 COPY
Magazines require a high grade of coated paper, one that ink will lay well on. Bennett Purser/Marketplace

Magazines require a high grade of coated paper, one that ink will lay well on. Bennett Purser/Marketplace
Listen Now