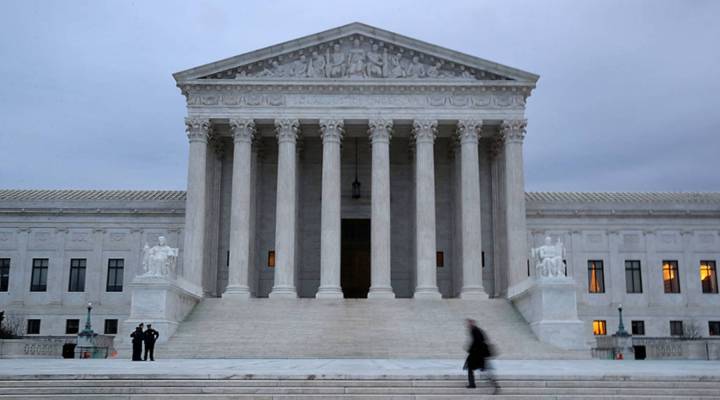 A man walks up the steps of the U.S. Supreme Court in Washington, D.C. Mark Wilson/Getty Images

A man walks up the steps of the U.S. Supreme Court in Washington, D.C. Mark Wilson/Getty Images

The U.S. Supreme Court has been in the spotlight in recent weeks over the confirmation of its latest justice, Brett Kavanaugh. Now attention turns to the cases the fully staffed high court will consider this session.

For more on what the new makeup of Supreme Court will mean for business and the economy, and some of the cases to watch, we spoke with Jessica Levinson, a law professor at Loyola Law School in Los Angeles. The following is an edited conversation with Levinson.

Now that all nine positions on the Supreme Court are filled, what type of court are we looking at?

What we have now is a very conservative Supreme Court, and I think conservative in all ways. It’s ideologically conservative, it’s, frankly, I think, conservative in terms of partisan leanings. And so for business cases, I think what we’ll see is more decisions that are pro-employer, more decisions that are pro-“big business,” and I think we will see decisions that make it more difficult for employees to sue their employers, that make it more difficult, for instance, for discrimination cases to move forward and for people to win those cases. And so I think that this will be an era of a lot of regulations that corporations and big businesses may not like. This will be an era of them challenging those regulations to see if they can find favor with the Supreme Court.

How about the four liberal-leaning justices that are on the court? What type of power do they now hold?

The four liberal justices will have the power of dissent, and I think that they will have the power of trying to move the majority to create more narrow rulings. For instance, if we’re talking about a case that affects whether or not an employee can sue an employer for wage discrimination or age discrimination or sexual harassment, the power that the liberal justices have may just be to have more narrow rulings. But again, at the Supreme Court, the most important thing that you need is to be able to count to five. You just need five votes.

What are some of the business and economy cases to watch this session?

A little less than half of the Supreme Court docket is filled right now, so I think that the biggest case that people look for in terms of businesses is essentially whom can you sue for antitrust damages and of how many people up the chain of distribution can you sue. But I also think that even though these aren’t “business cases” there are three cases that ask the court whether or not they’re going to overturn prior precedent. And I think the businesses and employees will be looking at those cases to see how willing the court is to overturn their prior decisions because that could have implications again for every area, including for economic sectors.

What’s the issue? A case that will determine if the Endangered Species Act can categorize unoccupied land as a critical habitat and whether said area can be excluded from corporate use when the designated species isn’t inhabiting the area.

What’s the issue? A case that will consider the issues of whether the Supreme Court can overturn an old ruling saying that property owners who challenge city laws first have to sue in state courts.

What’s the issue? A case that argues if maritime law can be used to find “products-liability defendants” responsible for injuries caused by products they didn’t make, sell or distribute.

What’s the issue? An antitrust case that considers whether or not consumers can sue a party who delivers goods for them.

What is it? The Supreme Court will decide whether or not to overturn its prior decisions in the double jeopardy arena.

What is it? A case dealing with whether or not the Supreme Court will overturn its prior case in the area of sovereign immunity — meaning you can sue other states.

Oral arguments: To be determined