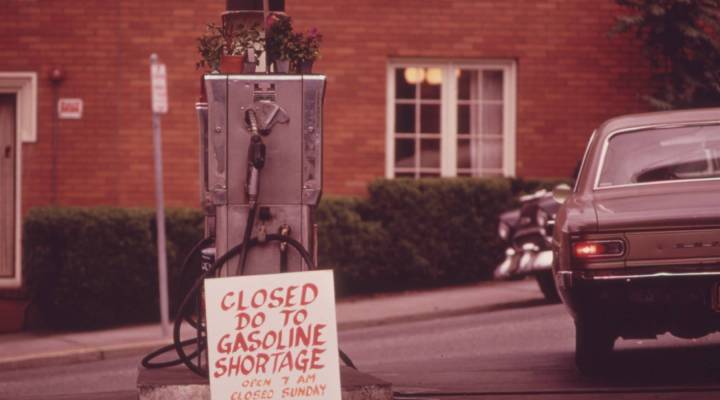 The Fed targets 2 percent inflation for the U.S. economy, working carefully to try to keep it from rising above that level. Right now, inflation is tracking near that target, but it wasn’t always like that.

Back in the ’70s, the U.S. underwent a period of high inflation, which led to painful memories for many Americans. Baby boomer Bob Donahue told us his dad’s pension check — which used to be able to cover his rent for two months — began only covering two weeks.

We recently spoke about this period of economic turmoil with Neel Kashkari, current president of the Minneapolis Fed and the man who oversaw the bank bailout during the 2007-2008 financial crisis (also known as the Troubled Asset Relief Program or TARP.)

While Kashkari said that the financial crisis of 2007-2008 scarred the Fed, he argues that high inflation during the ’70s had a more profound impact on their attitudes toward inflation.

“We say that we have a symmetric view of inflation. We don’t mind if it’s 2.1 or 1.9, but in our practice, in what we actually do, we are much more worried about high inflation than we are low inflation,” he said. “And I think that that is the scar from the 1970s.”

So what exactly happened during this period, and why was it so damaging? Here’s a refresher on what went down.

1) Turbulent inflation: It stayed between 5 and 6 percent at the start of the decade, and even dipped below 3 percent in 1972. However, it began reaching the double digits in 1974.

2) Untying the dollar from gold: President Richard Nixon spearheaded several economic policies that became known as the “Nixon shock,” including the breakup of the Bretton Woods system, which fueled high inflation during the ’70s. During World War II, countries including the U.S., Canada and Japan agreed to the Bretton Woods system, which would provide a fixed rate of exchange between their currencies and the U.S. dollar, which was linked to gold. But in 1971, Nixon ended up halting the exchange of dollars for gold by foreign central banks. This meant that most of the world’s currencies “were now completely unanchored.”

3) Freezing wages: The Nixon administration ended up introducing wage and price controls from 1971 to 1974, but this only slowed down prices while increasing food and energy shortages. However, these ended up failing, with ranchers deciding to stop shipping their cattle to the market and consumers emptying the shelves of supermarkets.

4) Energy turmoil: Twin oil crises also arguably pushed inflation to record highs. In October 1973, Arab members of the Organization of the Petroleum Exporting Countries placed an embargo on the U.S. for its support of Israel in the Yom Kippur War. Oil prices reached as high as $73 a barrel at one point in today’s dollars. Surging energy prices during this period helped usher in “a new era in American inflation,” according to the Labor Department.

A second oil shock in 1979 led to a decrease in Iranian oil output due to the Iranian Revolution. “The average citizen understood the energy crisis to mean a panic at the pump — the fear that we would not have enough oil to fill up our gas tanks, heat our homes or run our factories,” according to author Meg Jacobs.

5) Raising interest rates: To combat inflation, the Fed began to raise interest rates in 1977, causing the economy to tip into recession in the 1980s. But inflation continued to rise, prompting Fed Chairman Paul Volcker to continue to raise rates. The U.S. entered a recession that lasted from July 1981 to November 1982, with unemployment peaking at almost 11 percent. However, year-over-year inflation ended up dipping under 5 percent near the end of this period, with unemployment eventually scaling back.