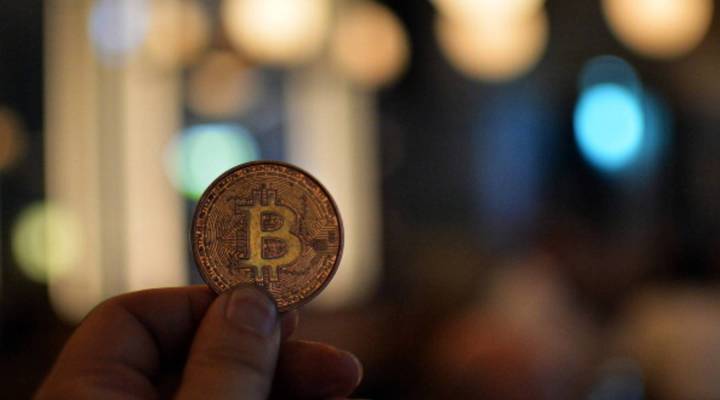 We asked people high and low, near and far, on and off the blockchain to answer our question: “What the heck is blockchain anyway?”

If you think you have what it takes to simplify the blockchain, send us your answers to makemesmart@marketplace.org

And while you’re thinking of a cheeky answer, here are some we received from a few people we know:

Glen Weyl, a researcher at Microsoft

Blockchain is a shared office computer with the most sensitive documents that anyone can view and alerts everyone of, and requires majority permission for, any change, scaled up to the global level.

Adam Conover of “Adam Ruins Everything”

An arcane piece of software whose only known use is to separate gullible investors from their money.

Blockchain makes it possible to securely authorize transactions between two parties with no central authority. The technology replaces authority. That’s cool! What’s not as cool? The types of transactions being authorized historically include human trafficking, gun running and drug deals. They now seem to revolve around financial world hype similar to the Dutch tulip fever.

Campbell Harvey, who teaches a course on blockchain at Duke University

Blockchain’s not as complicated as people think… Well, it’s a little bit complicated. Let me give it a try. Think of blockchain as a database or a spreadsheet. But a really special spreadsheet. There’s no centralized master copy. Instead, it’s shared on many computers. It’s special because you can only add to it. There’s no editing of history. The database is divided into chronological sub-sheets. These are the blocks. The last line of any block summarizes all of the data in the block, and — and this is pretty important — appears as the first line of the next block. If anyone tries to edit a block, the last line will change and will not match the first line of the next block. The network sees this corrupted data and immediately replaces it. This ingenious trick makes it futile to rewrite history and guarantees an unprecedented degree of security.